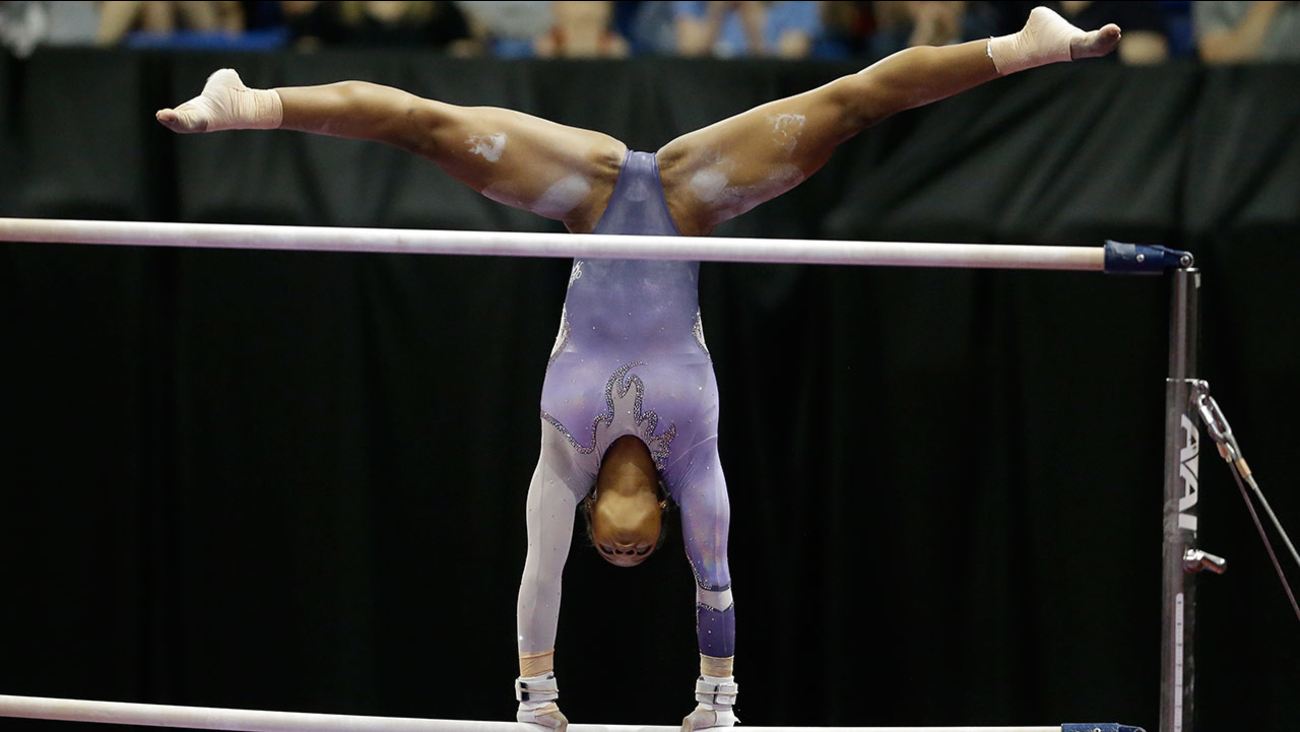 SAN JOSE, Calif. -- Simone Biles wouldn't let herself believe it. Not until she heard from national team coordinator Martha Karolyi, even if the Olympic dream she had been chasing for most of her life was locked down long ago.

So the three-time world champion waited for Karolyi to call her name late Sunday night at the end of an emotionally draining Olympic Gymnastics Trials. It didn't matter that Biles' spot was already secure after capturing the all-around, extending a long streak that shows no signs of abating. Biles needed to hear Karolyi say the words.

The 19-year-old pegged as the next It Girl when the Rio Games begin next month has about three weeks to deal. It shouldn't be a problem. Modesty aside, she has been prepping for this moment since she turned her first back handspring.

Besides, after what she and the rest of the five-woman team endured over the weekend, what awaits in Rio doesn't seem so tough.

"A lot of athletes say the Olympic Trials is the hardest part and once you get to the Olympics it's autopilot," Biles said. "You turn on a switch and you go."

Something Karolyi is counting on. She relied on equal parts experience and potential while putting together a squad expected to come home with copious amounts of hardware.

Biles will be joined by defending Olympic champion Gabby Douglas, three-time Olympic medalist Aly Raisman and newcomers Madison Kocian and Laurie Hernandez to form a team that will arrive in Brazil as the gymnastics equivalent of the Dream Team that Michael Jordan led to basketball gold 24 years ago, long before any members of Team USA were born.

Ashton Locklear, Ragan Smith and MyKayla Skinner will be the alternates after getting through what Karolyi called one of the most difficult selection processes of her remarkable career.

Karolyi jotted down a list when the process began months ago, the same one she presented on Sunday night. While there was temptation to change it - particularly as Douglas struggled to regain the form that made her a champion in London - she never did.

"When you really put everything, you put down what lineup you have for the team and what will be (in the finals) we still felt, all of us on the selection committee, that this is the best combination," Karolyi said.

A combination that includes Douglas, who hopped off beam during both rounds at trials and has openly talked about her sagging confidence. The 20-year-old adjusted her coaching staff between last month's national championships and the trials, a move Karolyi said caused "confusion" in Douglas' training.

There will be no confusion when Douglas arrives to work out with the national team in Texas later this week. Karolyi will be in charge and she will expect Douglas to respond as she did last fall, when she shook off sluggish preparations to capture silver at the 2015 world championships behind Biles.

"If we put Gabby in regimented training with daily planning and daily assignments and training plans, she'll see improvement just like we did last year," Karolyi said. "That's why she made the team even with the mistakes she had in the competition."

Ultimately it was the event that first helped Douglas first catch Karolyi's eye years ago - the uneven bars - that made her the first Olympic champion to return for the next games since Romania's Nadia Comaneci in 1980. Douglas was seventh in the all-around, but her two-day total of 30.350 on bars was third-best at the trials behind Kocian and Locklear and her ability on other events gives Karolyi flexibility.

It's heady territory to be sure, though it didn't always feel like it for Douglas. She took a moment to compose herself at the end of a nomadic quadrennium that saw her become a star and bounce across the country from Iowa to Los Angeles back to Iowa and then Ohio in search of a gym.

"It was close, definitely, and that's always going to be in the back of my mind," Douglas said. "I feel like that's really going to motivate me to push in the gym and really work hard and no matter what I'm not giving up."

The Americans haven't lost a major international competition in six years, the gap between themselves and the rest of the world hardening along the way. Anything less than sending Karolyi into retirement with gold would be a "Miracle On Ice"-level upset.

The only real drama heading into the final night of trials centered on who would join Biles. The precocious 16-year-old Hernandez - who admits she's too naive to know any better - continued her rapid ascension to perhaps the best threat to Biles' long run at the top. Her best event is the balance beam, a 45-second test of nerves that she treats like a workout on the beach. Her score of 15.7 is gold-medal worthy if she can repeat it in Rio.

Raisman's spot ended a remarkable resurgence in recent months. She had a forgettable performance at the world championships last fall - failing to make an individual event final - and seemed to be in the middle of the pack as recently as March.

Not anymore. The 22-year-old - nicknamed "grandma" as the oldest member of the team - stormed her way through two run-up events to trials and kept it going on Sunday night. Kocian, a world champion on uneven bars, rode the strength of a 15.9 on Sunday night to give herself just enough breathing room over Locklear.

There were tears in the aftermath as the team celebrated in a sea of confetti. They did their best to enjoy the moment, but they are aware the real test awaits.