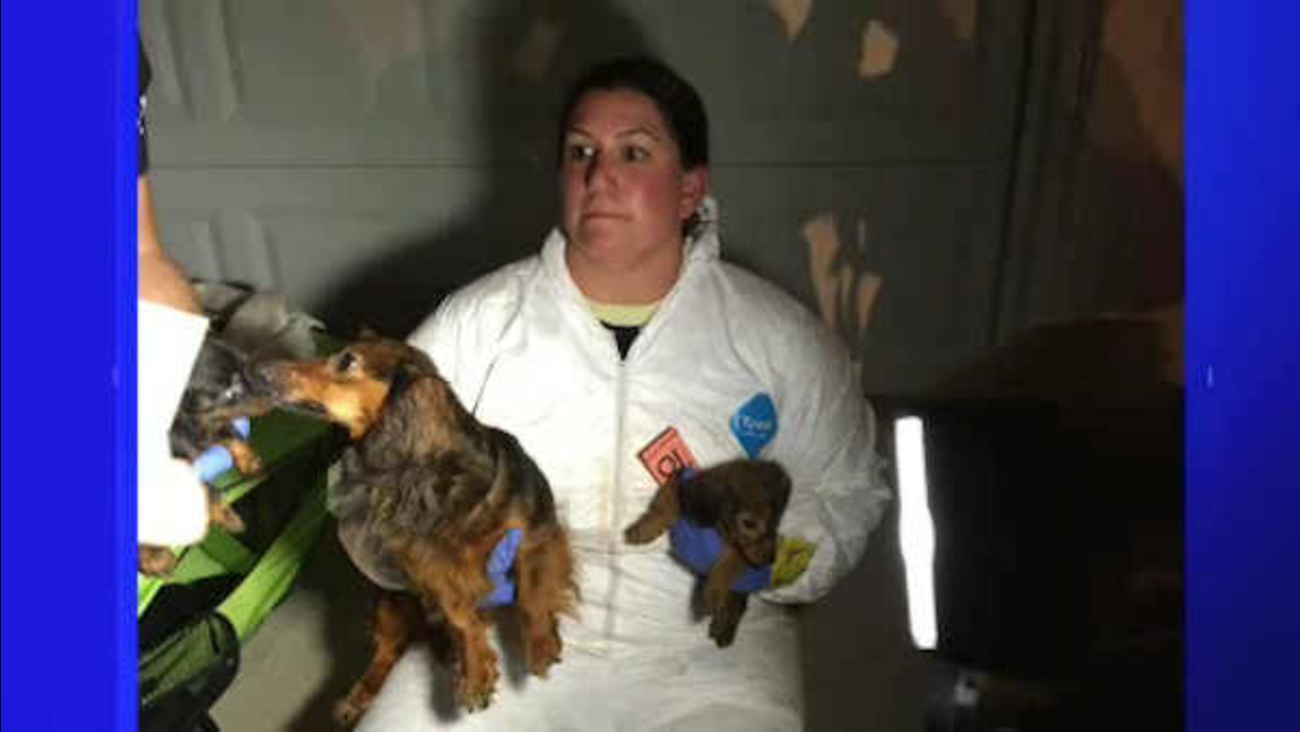 HAUPPAUGE, Long Island -- A report of a fire in Suffolk County over the weekend revealed dozens of neglected dogs found living in deplorable conditions.

57-year-old John Lowery is charged with 27 counts of animal cruelty, one count for each animal found and rescued.

The dogs were everywhere in the two-story home, including in the garage.

The SPCA is scheduled to provide an update on the conditions of the dogs Monday afternoon.

Newsday reports Lowery's house was condemned after authorities found the 27 dachshunds living on the property Saturday.

Roy Gross of the Suffolk County Society for the Prevention of Cruelty to Animals says the dogs were living amid urine and feces in the home. Gross says the home isn't habitable by humans or animals.

Officials made the discovery after firefighters and police responded to a reported fire at the home.

Lowery is scheduled to be arraigned Sept. 2. He couldn't immediately be reached for comment.