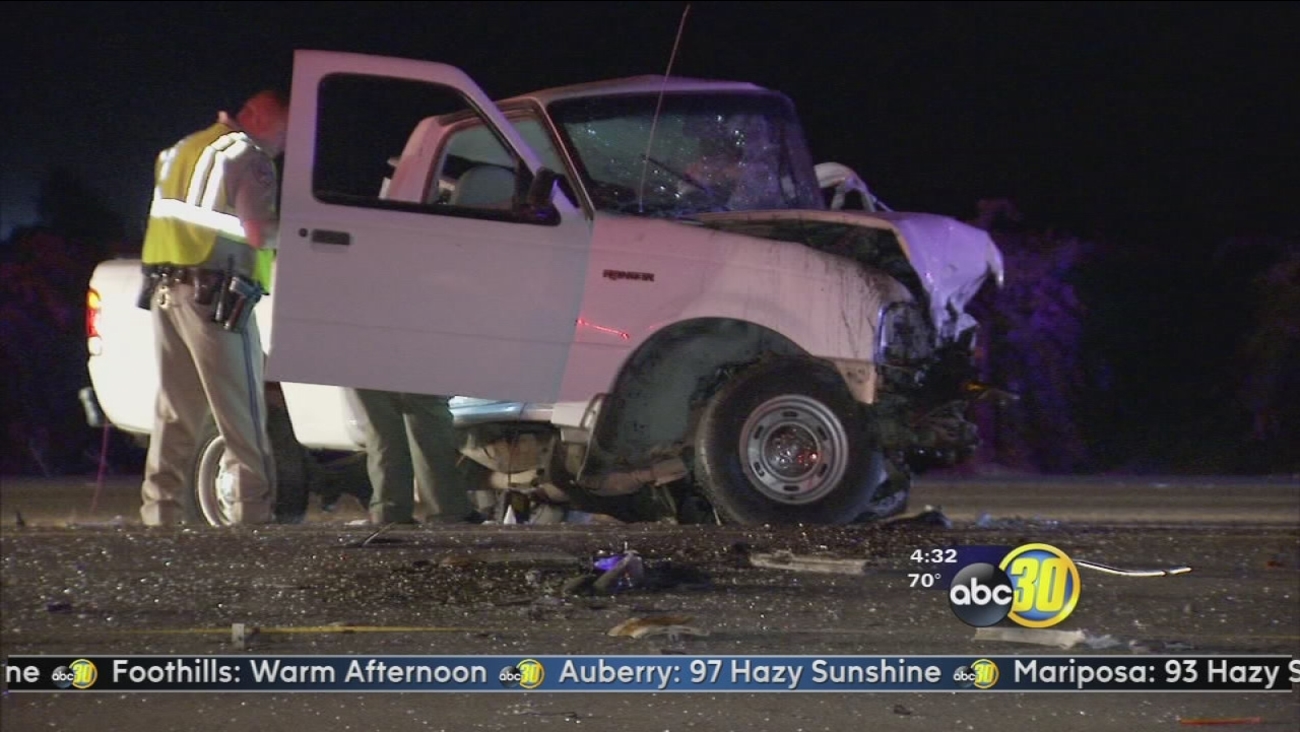 Two people were killed in a car crash at Jensen and Temperance in Fresno County. (KFSN)

FRESNO COUNTY (KFSN) -- Two people were killed in a car crash at Jensen and Temperance in Fresno County.

The accident happened on Jensen Avenue and Temperance Avenue just after 10 p.m. on Wednesday. Investigators said Aurelio Villalobos, 54, of Fresno was driving a Ford Ranger in the wrong direction, when he crashed into a white Ford Fusion driven by Eduardo Ramos Navarro, 21, of Fresno. Both drivers were killed.

A woman was driving nearby and tried to warn the wrong-way driver.

"Saw the whole thing. Saw the vehicle coming the wrong way. Was trying to alert that vehicle by flashing her high beams, and it didn't do any good. She saw the whole collision happen right in front of us. So we're pretty confident we know what happened," said Sgt. Leonard Sherman, CHP.