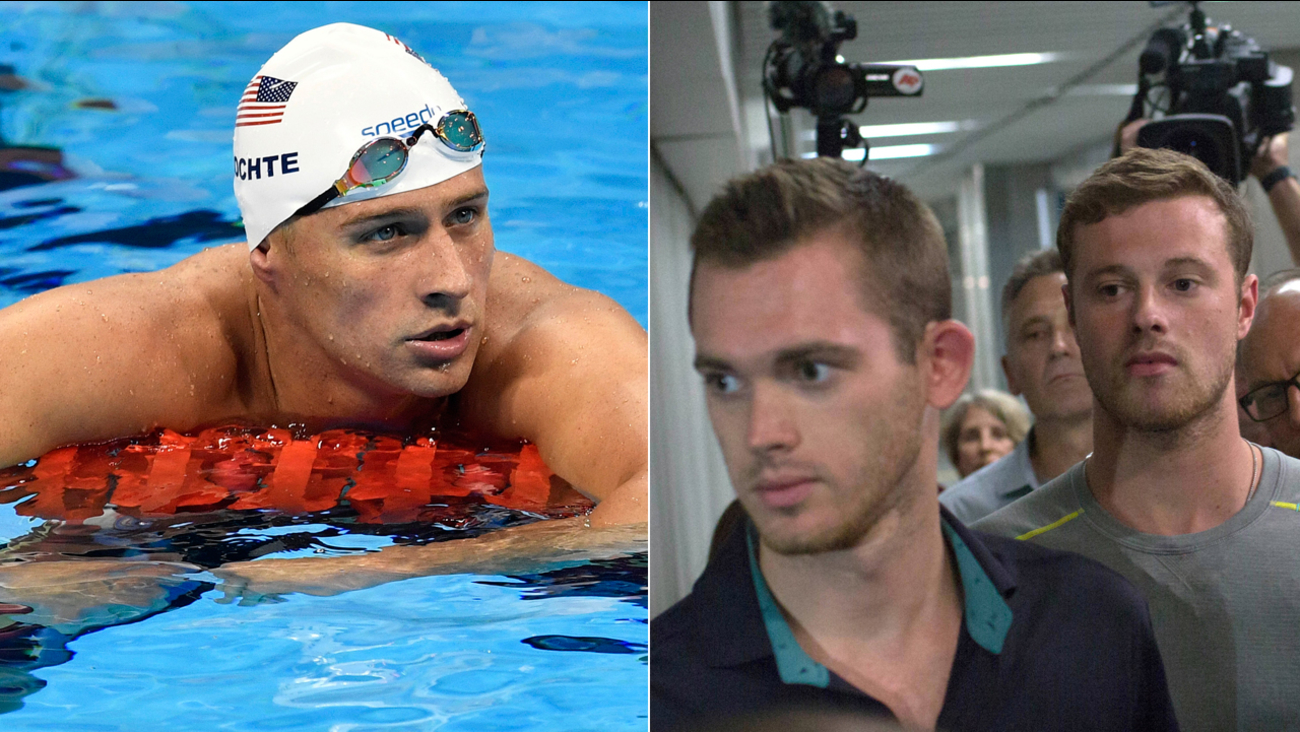 A Brazilian police official told The Associated Press that American swimmer Ryan Lochte fabricated a story about being robbed at gunpoint in Rio de Janeiro.

The official, who has direct knowledge of the investigation, spoke on the condition of anonymity because he was not authorized to speak about an ongoing probe.

He said that around 6 a.m. on Sunday, Lochte, along with fellow swimmers Jack Conger, Gunnar Bentz and Jimmy Feigen, stopped at a gas station in Barra da Tijuca, a suburb of Rio where many Olympic venues are located. One of the swimmers tried to open the door of an outside bathroom. It was locked.

A few of the swimmers then pushed on the door and broke it. A security guard appeared and confronted them, the official said.

The official says the guard was armed with a pistol, but he never took it out or pointed it at the swimmers.

According to the official, the gas station manager then arrived. Using a customer to translate, the manager asked the swimmers to pay for the broken door. After a discussion, they did pay him an unknown amount of money and then left.

The official says that swimmers Conger and Bentz, who were pulled off a plane going back to the United States late Wednesday, told police that the robbery story had been fabricated.