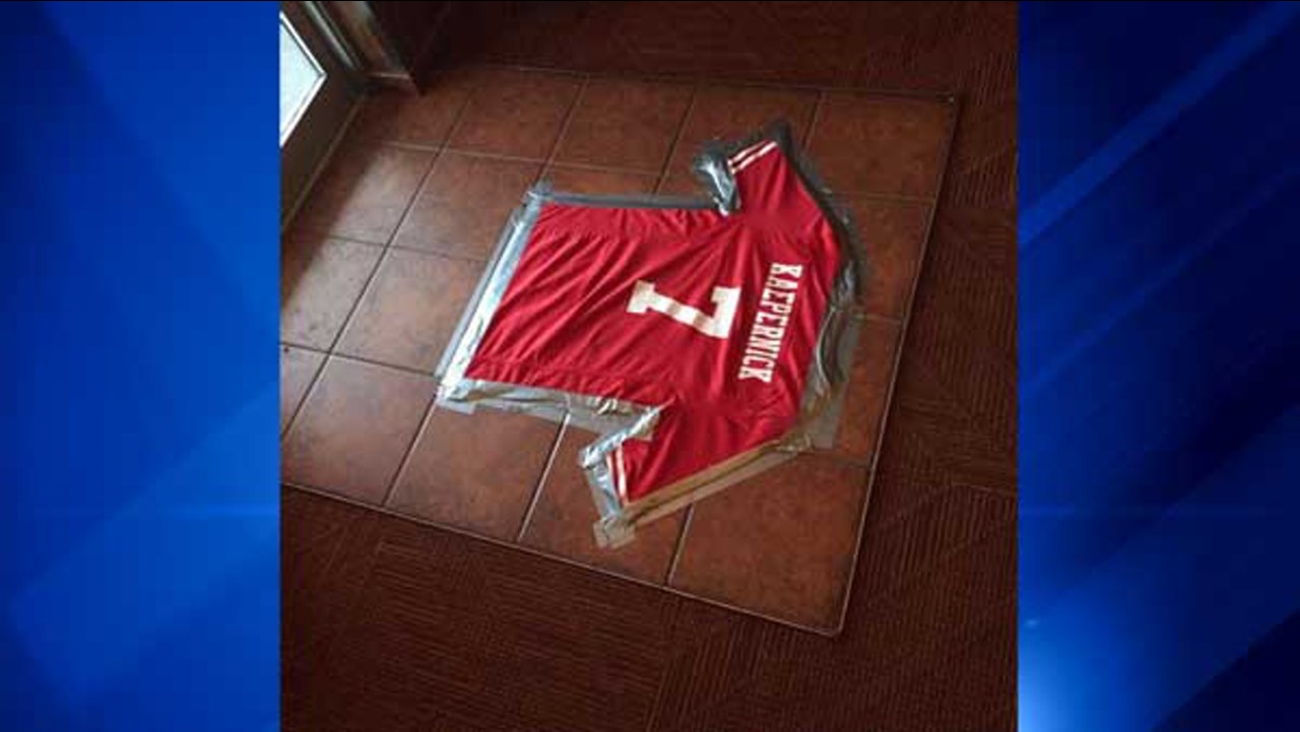 James Perry, of Virginia Beach, Va., posted the photo to Facebook on Saturday. He said when he walked into Krossroads Rock and Country Bar, he saw Kaepernick's jersey taped to the floor, like a doormat.

Perry was angered by what he saw. In his post, he said, "Would we be wrong to (tape) a police officer uniform to an entrance of an establishment? This young man is exercising his constitutional right and is being villianize for it."

Kaepernick has chosen to kneel during the playing of the national anthem at NFL games, in protest of the racial injustice he sees in America.

Perry said taping Kaepernick's jersey to the floor was a "racist" and disgusting act, which other NFL players were not subjected to, even though they were accused of criminal acts.

"Didn't hit his wife, didn't rape nobody, didn't get caught abusing drugs or get charged and cleared for murdering two people and did not shoot any unarmed citizens. But yet, his jersey is being used as a foot mat," Perry wrote.