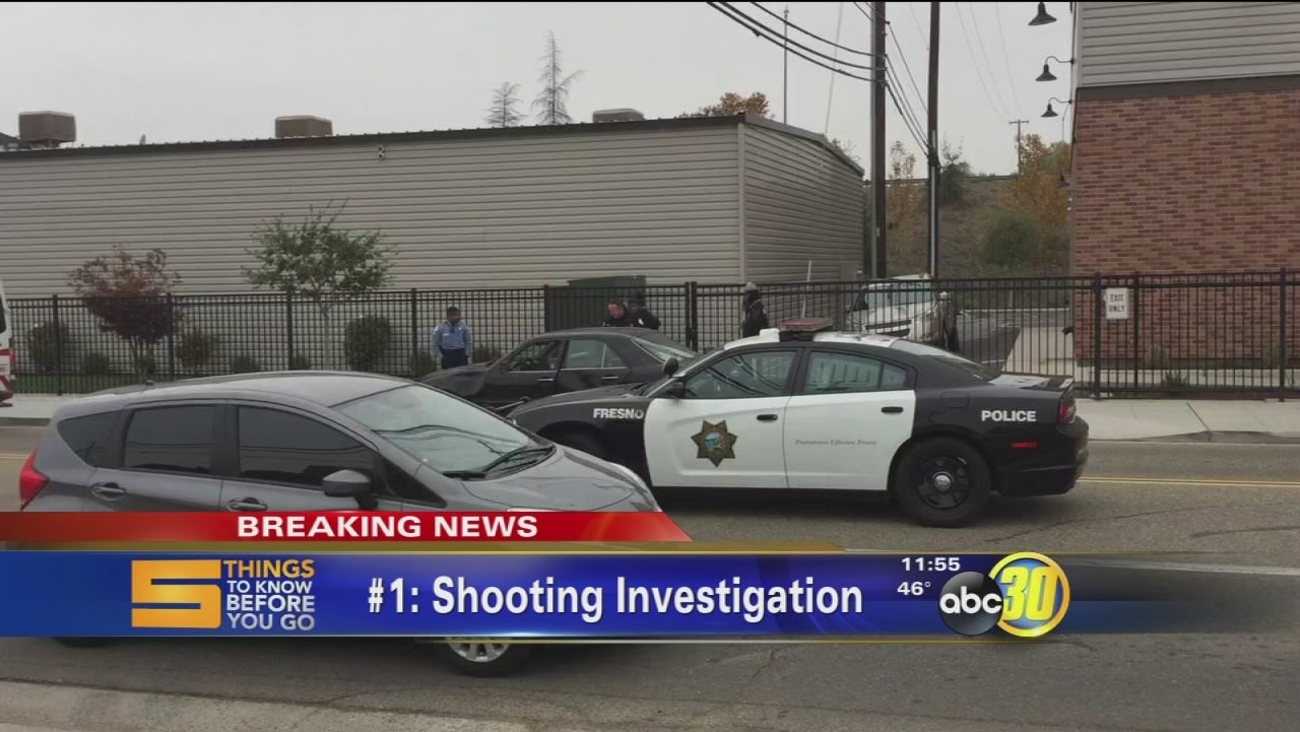 A shooting investigation is underway in front of the Harley Davidson Shop at White Avenue and Abby Street. (KFSN)

FRESNO, Calif. (KFSN) -- The shooting happened in the area of Abby and Highway 180.

Police say two people inside a black Mercedes Bens were targeted by an armed man in a black Escalade. The shooting happened in an alley off Diana Street, near Belmont Avenue. That victim then drove to White Avenue, between Blackstone Avenue and Abby Street and called police.

Police say the victim was only grazed they the bullet. He was treated at the scene and released. His girlfriend was not hurt.

Police are now looking for the gunman.