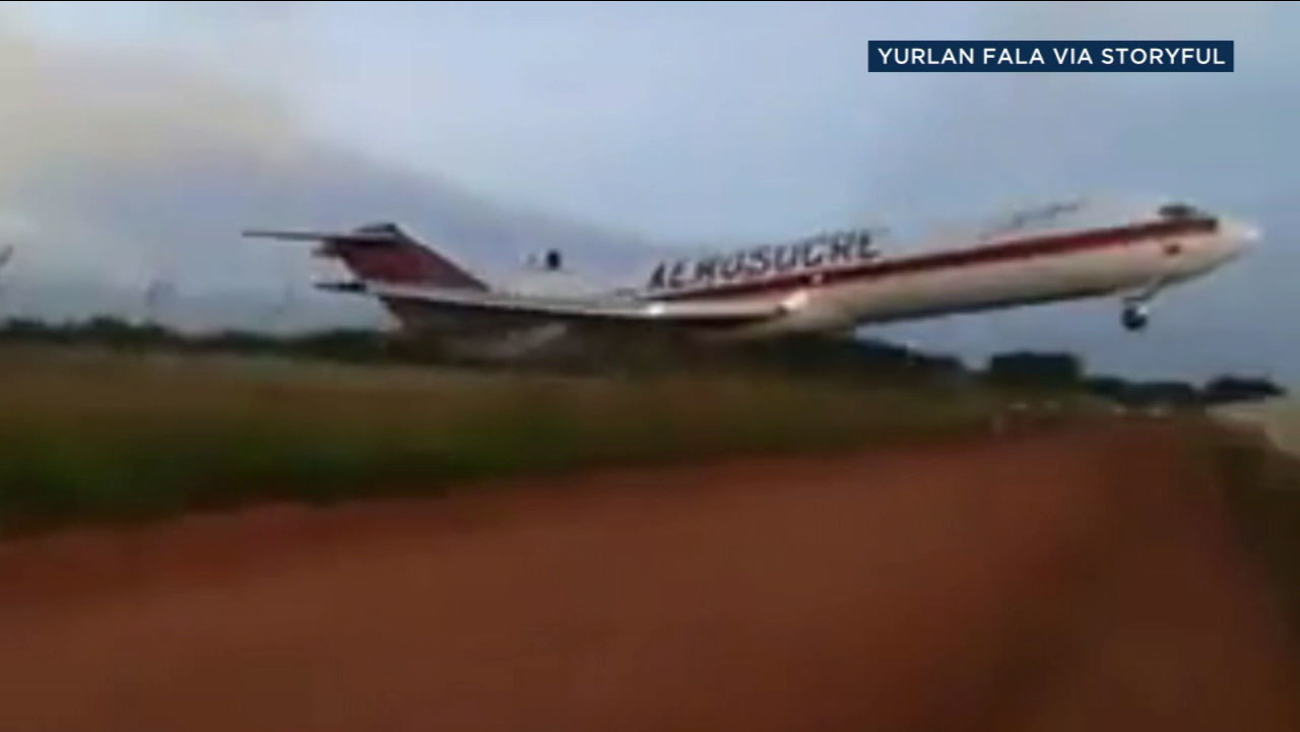 A cargo plane crashed shortly after take-off from the southern Colombian city of Puerto Carreno on Tuesday, Dec. 20, 2016.

PUERTO CARRENO, Colombia -- A cargo plane was in big trouble just after take-off from an airport in Colombia and a man's cellphone video captured it all.

As the plane nearly hit a dirt road and a tall fence, it sent up a cloud of dust and seconds later, the plane crashed in a fire ball.

The Boeing 727 cargo plane had just taken off from the Colombian city of Puerto Carreno, bound for Bogota, but it was never able to get any lift.

Only one of the plane's six crew members, a flight technician, survived the crash and was rushed to a local hospital.