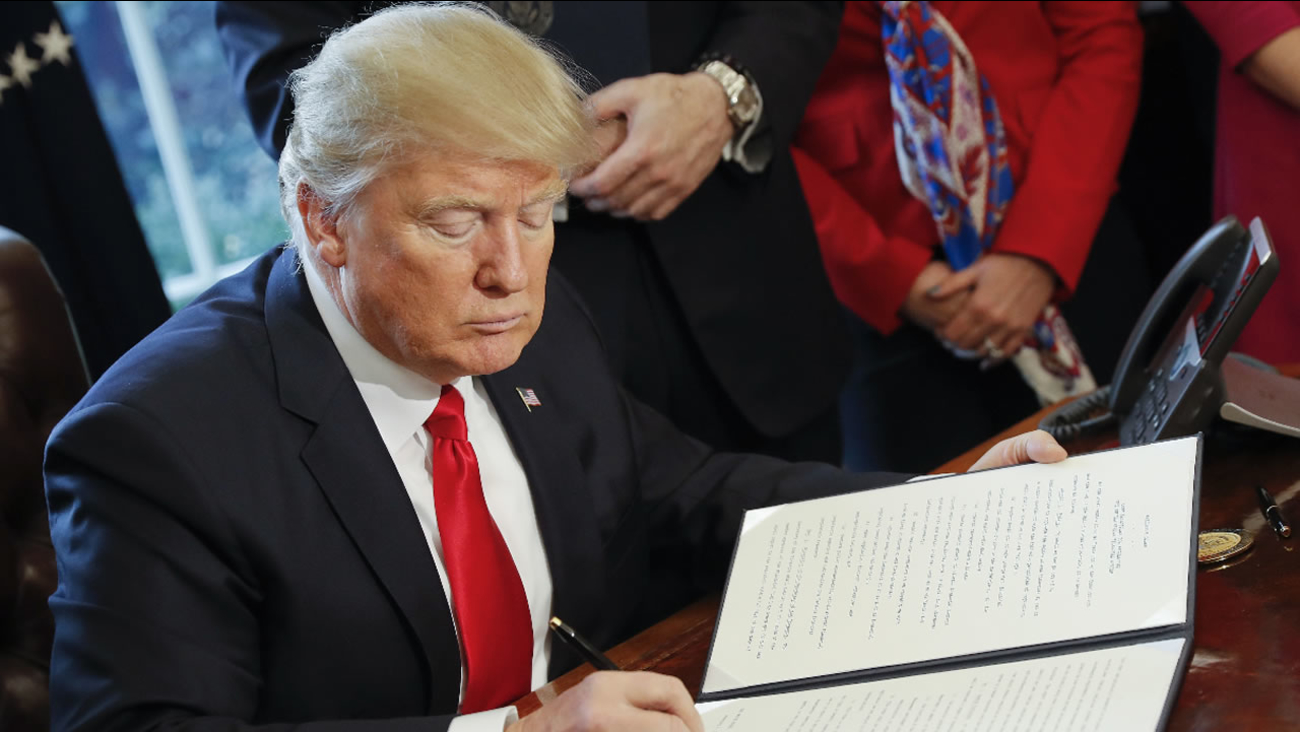 WASHINGTON -- The Justice Department is asking a federal appeals court to set aside a judge's order that temporarily blocked the Trump administration's travel ban.

The federal government's request for an emergency stay was filed Saturday night with the 9th U.S. Circuit Court of Appeals.

The filing asks the court to lift an order from a day earlier from a judge in Washington state.

The administration on Saturday moved to suspend enforcement of the travel ban as the Justice Department readied its legal challenge.