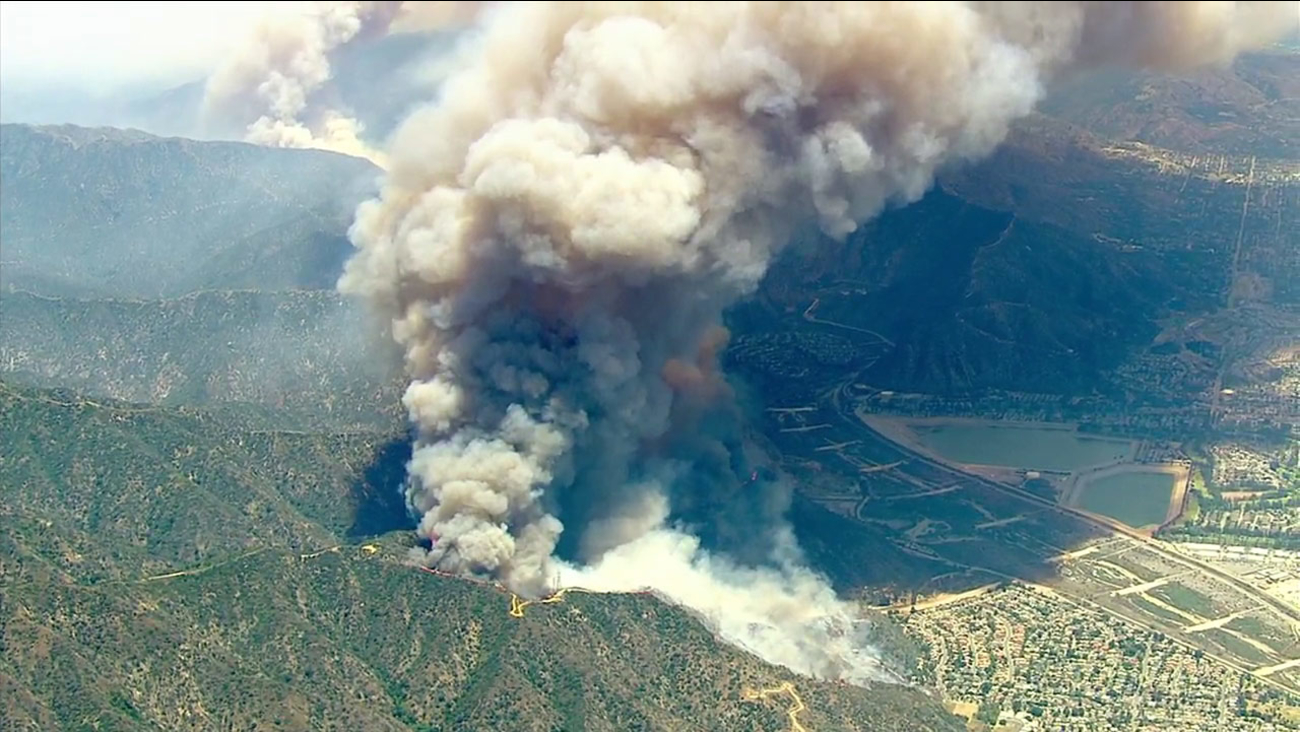 Two brush fires broke out in the Angeles National Forest above Azusa on Monday, June 20, 2016.

The California Highway Patrol received a call at 10:57 a.m. that a pickup truck went over the embankment on Highway 39 near the Morris Reservoir dam, and that the truck was catching fire.

FIRE UPDATE: Brush fire may have been sparked by vehicle that went off the roadway https://t.co/u5lTveArpy pic.twitter.com/EL9oekMmJl

Firefighters from the U.S. Forest Service and the Los Angeles County Fire Department were dispatched to the scene.

The blaze, dubbed the Reservoir Fire, has now spread to 600 acres. The driver involved in the accident was declared dead, according to the Los Angeles County Fire Department.


A second fire, called the Fish Fire, erupted nearby in the Duarte area about 90 minutes later. That fire has burned approximately 1,400 acres.

Evacuations ordered in Azusa and Duarte

For the city of Duarte, an evacuation order has been issued for homes north of Fish Canyon between Encanto Parkway and Greenbank Avenue. An evacuation center has been set up at Duarte City Hall/Senior Center, 1610 Huntington Drive.

Smoke from the forest fires was seen by residents across the Southland, including West Covina, Alhambra and Brea. ABC7's Phillip Palmer said he could see the fires from Industry Hills.