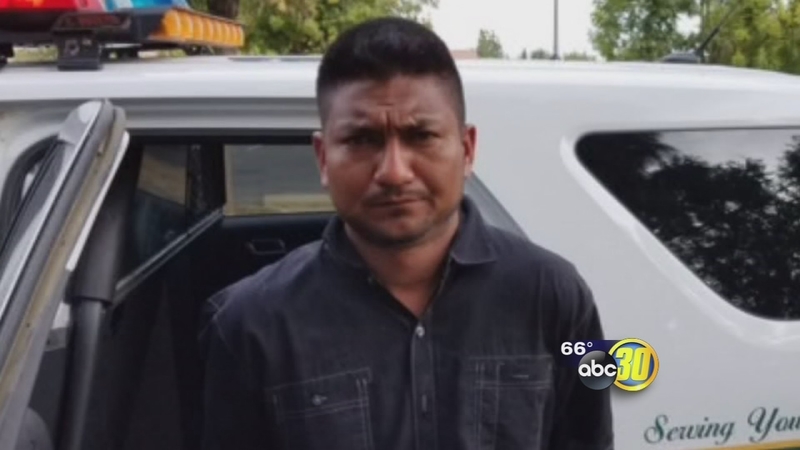 A 13-year-old girl was walking to school on the corner of a busy intersection near a popular neighborhood park when, police say, a parent's worst nightmare played out on the sidewalk.

Officers said a man parked near Brawley and Clinton walked out of his car and lunged towards her. She backed away and told her parents what happened. But the family only called police after they saw a similar account posted on social media.

"And she said that's him 'that's him.' So she came in today to report it, she provided a description first and then showed the officer, and said 'this is the same guy," said Lt. Joe Gomez, Fresno Police.

Detectives said it is possible that after the first attempted kidnapping the suspect drove a mile north where he tried luring a four-year-old girl with a keychain.

"That's awful. That's terrible, for him to even do that when parents are around. It just shows how bad things are getting this day and age," said Serena Crippen, parent.

For Rosa Zavala, who already watches her three kids closely, Monday's close call quickly made her think of her teenage son.

"I always tell him you better don't (sic) talk to no strangers. Don't talk to nobody. In case you if you see something is strange call me, call the police."

As for her two daughters, Zavala said she does not plan on ever letting them walk to school alone.