2 people injured in car accident on Highway 168 near Clovis 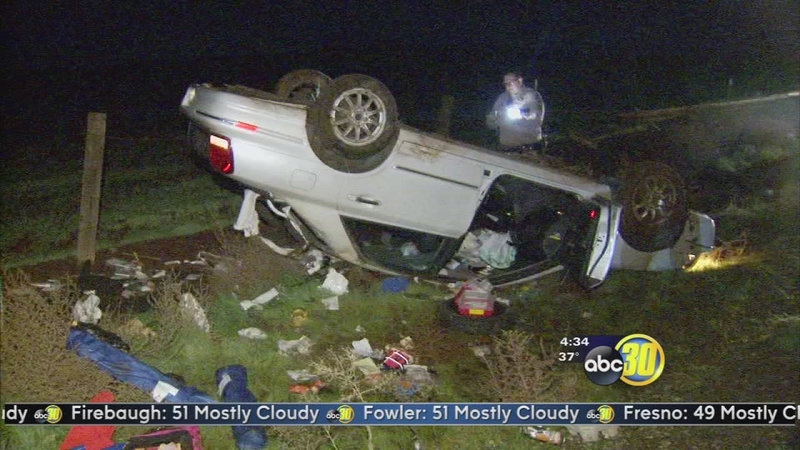 CLOVIS, Calif. (KFSN) -- A driver and her passenger are in the hospital on Christmas Eve after they were thrown from their car.

The crash happened around 11:00 Wednesday night on Highway 168, east of Academy.

The CHP said the car hit a power pole and overturned and the two adults were ejected. The female driver was taken flown to the Community Regional Medical Center and the male passenger was taken by ambulance. Their conditions are not known.

CHPofficers said the victims weren't wearing their seatbelts. "It's something that's very simple to do. If you're the driver and you have children in the car, that is your responsibility. It's something so simple to do. I don't know why some people are afraid to wear their seatbelts, the argument is they don't want to burn in their car. In 22 years, I've never seen that but I have seen countless people get killed because they weren't wearing theirs," said Sgt. Lenny Sherman, California Highway Patrol.

Investigators do not believe speed played a role in the crash and they aren't sure if alcohol was a factor.
Related topics:
cloviscar crashclovisfresno countycommunity regional medical centeraccident
Copyright © 2021 KFSN-TV. All Rights Reserved.
FRESNO COUNTY