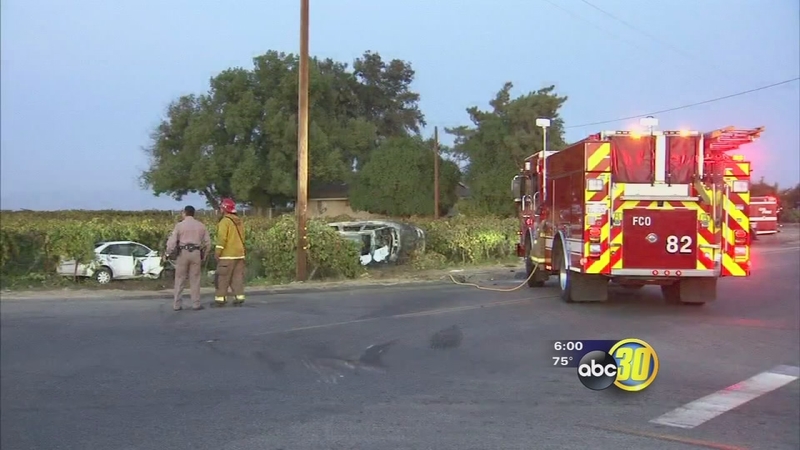 Fresno County authorities are on the scene of a deadly crash. The crash happened just before 4:00 p.m. at Del Rey and Central.

Two people died as a result of a accident officers said happen too often on these country roads.

Investigators said a white car was traveling northbound on Del Rey when the driver appeared to run a stop sign. The car broadsided a Ford SUV. Both went tumbling into an orchard and the SUV caught on fire.

A bystander was able to pull the driver of the SUV out.

CHP officers said these accidents happen too often out here because people do not look out for road signs.

At this point too early to say if drugs or alcohol a factor.