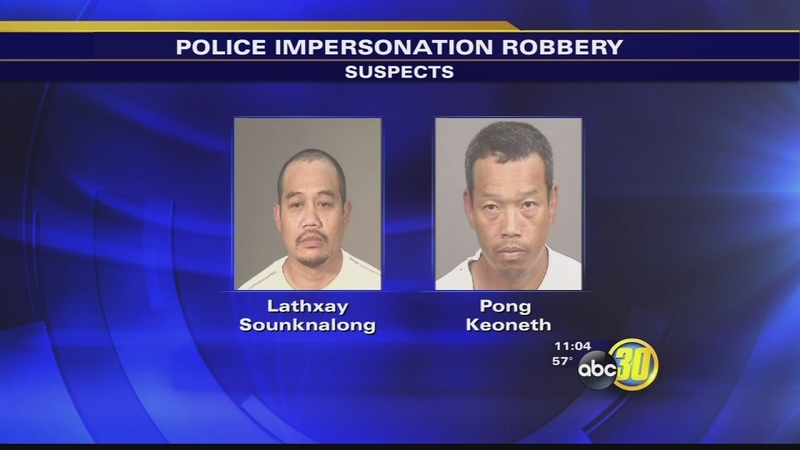 FRESNO, Calif. (KFSN) -- Fresno police are searching for suspects in an armed robbery. Authorities said one of the thieves was dressed as a police officer.

According to police, a group of four men robbed two women who were sitting in their car in Southeast Fresno Monday night. One of the men forced the girls to the ground with a handgun telling them he was a police officer.

A man tried to help the women but was also forced to the ground.

Police caught two of the suspects and were able to recover the stolen items and return them.