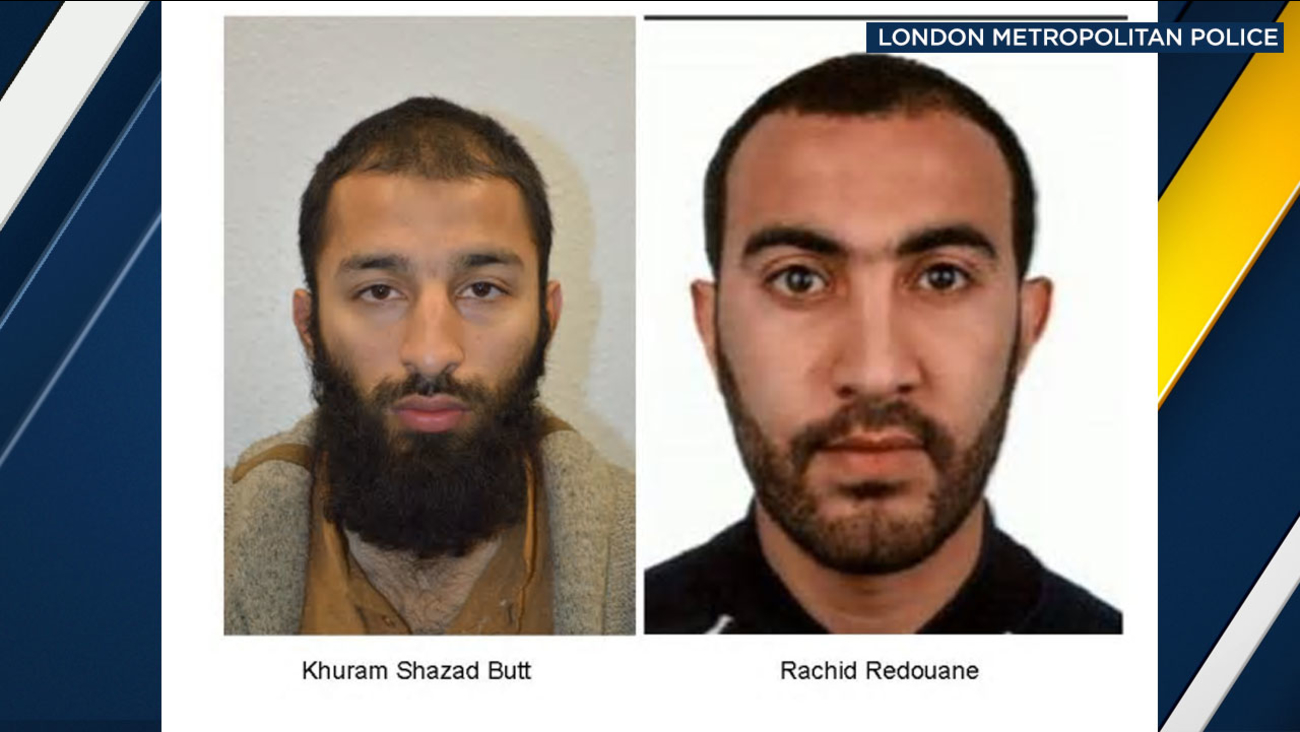 Police in London have named two of the three suspects in the van and knife attack near London Bridge that left seven people dead.

Redouane's age was not immediately known because he gave two different dates of birth.

Both men were from the Barking neighborhood of east London, where police raids began shortly after the attacks Saturday night.

Police say investigations are continuing into the identity of the third attacker.