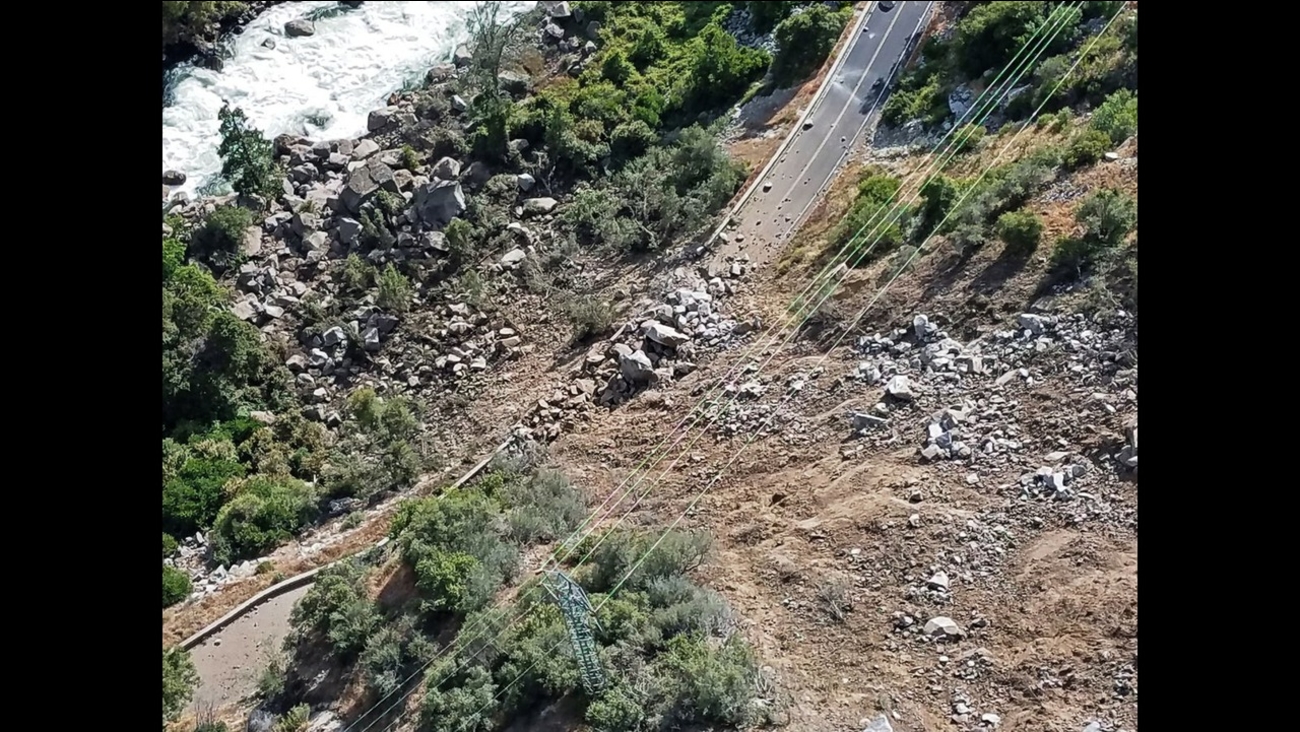 YOSEMITE, Calif. (KFSN) -- Yosemite Park Officials say El Portal Road, the continuation of Highway 140 into Yosemite, will remain closed through this weekend due to a rockfall. This is the only access to Yosemite National Park is via Highways 41 and 120 from the west.

The large rockfall, which occurred around noon yesterday, caused about 4,000 tons/60,000 cubic feet of rock to fall. Originally Park Officials said the road would be closed at least 24 hours.

This afternoon, Yosemite National Park released helicopter footage of the massive slide on their Facebook page.

About 150 feet of road is covered in 15 to 20 feet of debris; part of the road's paved surface and retaining wall is damaged.

Roughly 4,000 tons of rock detached from the cliff along a cliff-parallel exfoliation joint; the approximate dimensions of the slab are 50 x 80 x 15 feet. This massive slab of rock slid down the cliff, hit a ledge, and broke into many pieces; these pieces fragmented further on hitting the base of the cliff, fanning out over an area more than 1,000 feet wide.