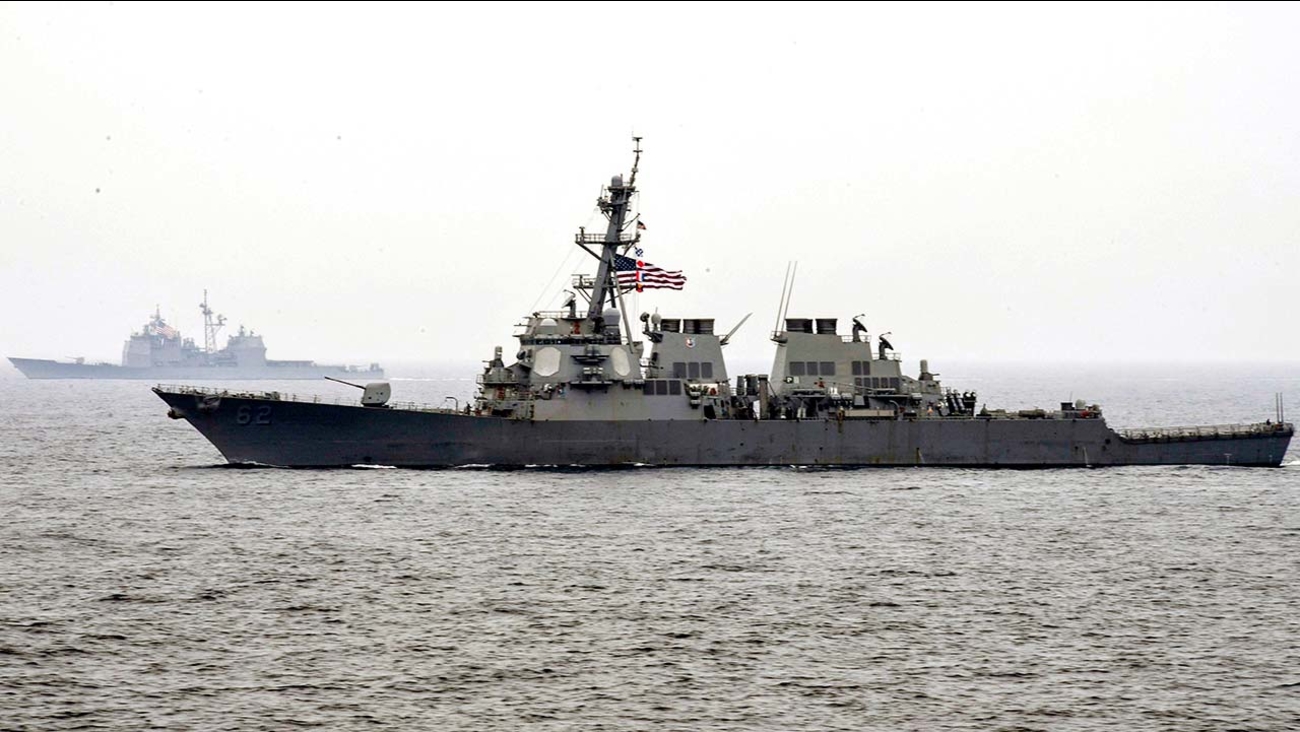 TOKYO -- Seven crew members are reportedly missing and one injured after a U.S. Navy destroyer collided early Saturday morning with a merchant ship off the coast of Japan, the country's coast guard reported.

Footage from the Japanese TV network NHK showed heavy damage to the mid-right side of the Navy ship, which appeared to be stationary in the water, and a person in a stretcher being lifted to a helicopter.

The U.S. 7th Fleet said on its Facebook page that it is working with the Japanese Coast Guard to conduct a medical evacuation for a sailor, and that there are currently no reports of deaths. The fleet said the number of injuries is still being determined.

The Japanese Coast Guard said it received an emergency call from a Philippine-registered container ship ACX Crystal at around 2:20 a.m. (1720 GMT Friday) that it had collided with the USS Fitzgerald at a location about 12 miles southeast of the Irozaki cape.

Coast Guard spokesman Yuichi Sugino said coast guard patrol ships and aircraft were headed to the scene but said that no further details were immediately available.

The Navy said that the USS Fitzgerald collided with a merchant ship 56 nautical miles southwest of Yokosuka, Japan, a city south of Tokyo that is home to a major U.S. Naval base. A U.S. defense official said there is flooding in three compartments of the Fitzgerald.

The 7th Fleet says the ship experienced flooding in some areas, and it is heading back to Yokosuka.

The Pacific Fleet said the extent of injuries and damage to the Fitzgerald are being determined, and the incident is under investigation.
Report a correction or typo
Related topics:
navyu.s. & worldcollision
Copyright © 2021 by The Associated Press. All Rights Reserved.
U.S. & WORLD