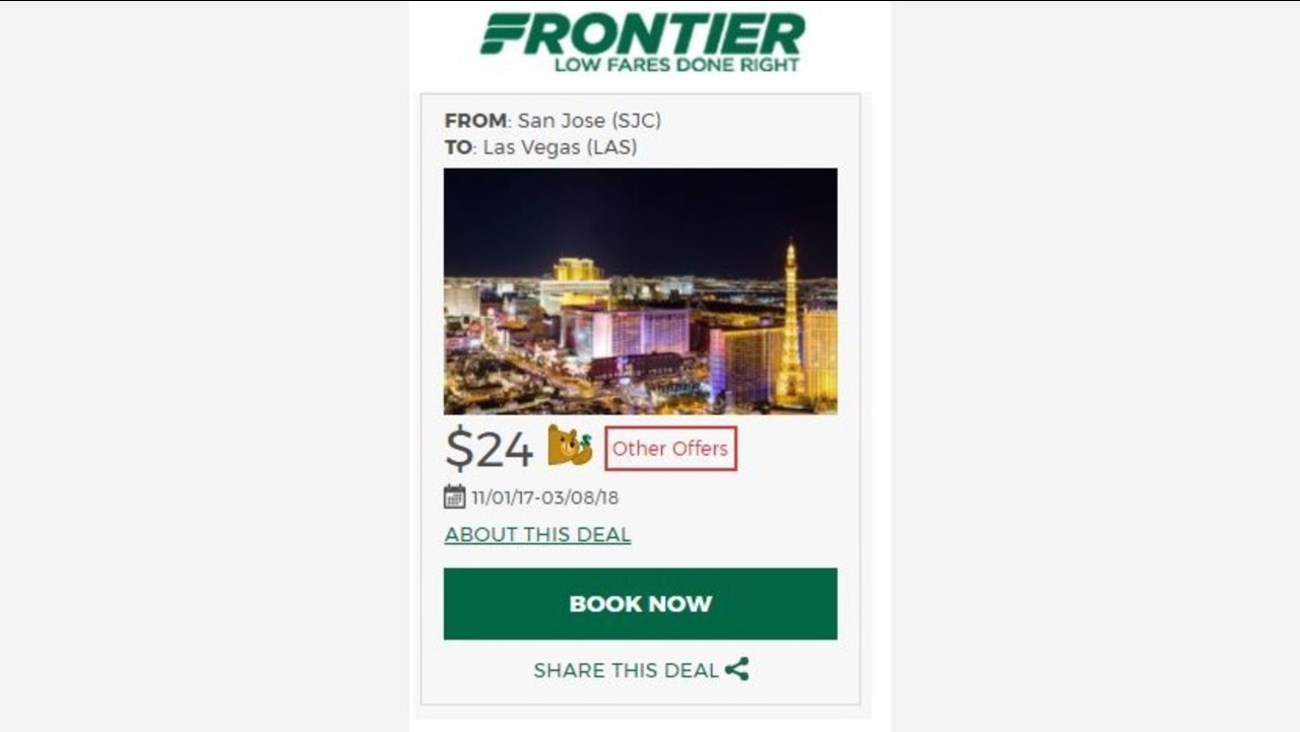 FRESNO, Calif. (KFSN) -- Frontier Airlines has announced a significant network expansion adding 21 new cities, which will increase the number of destinations served by the low-fare carrier by 30 percent and double the number of total routes.

Officials announced San Jose as one of the new cities added to their flight schedule. According to the announcement on Frontier Airlines website, there will be a flight from Fresno to Denver. Tickets will go on sale soon for travel in Spring of 2018.

Highlights of the announcement include the following:

Twenty-one new cities (eight on sale today), about a 30 percent increase in cities to 82 cities