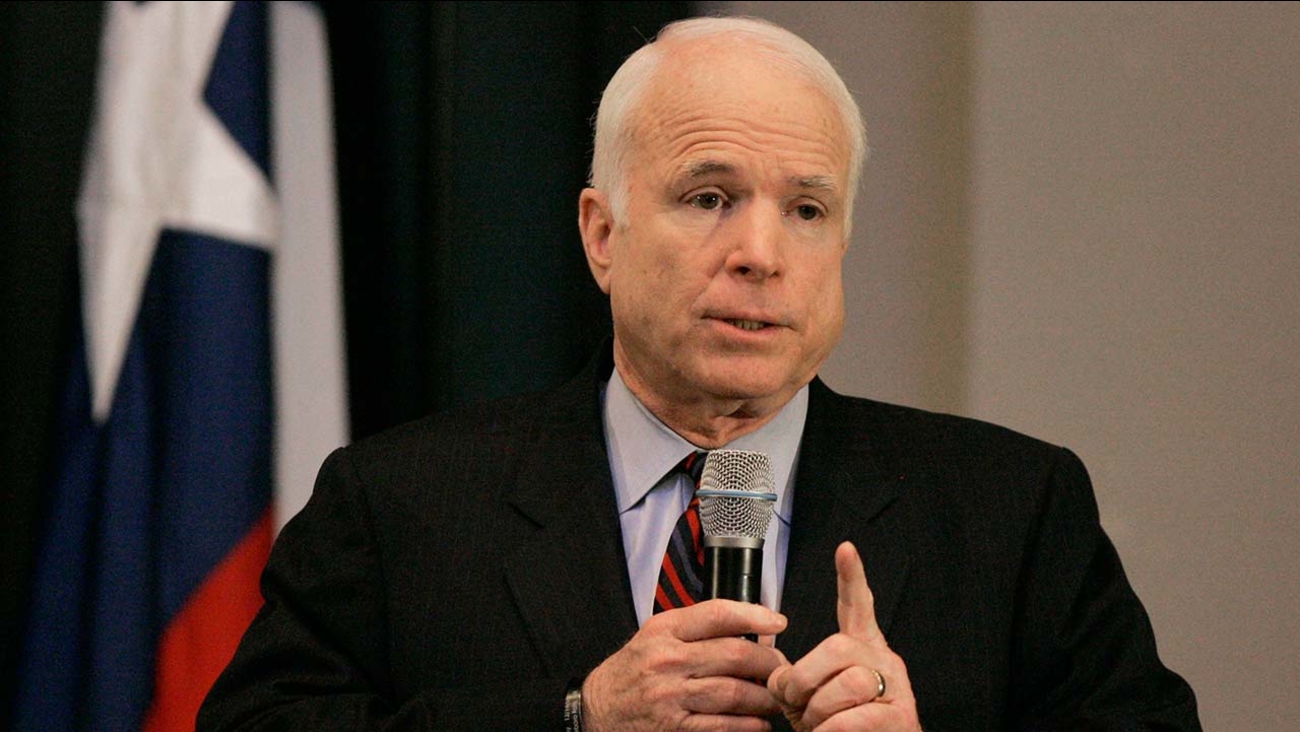 WASHINGTON -- Arizona Sen. John McCain has been diagnosed with a brain tumor after doctors removed a blood clot above his left eye last week, his office said in a statement Wednesday.

The 80-year-old Republican has glioblastoma, an aggressive cancer, according to doctors at the Mayo Clinic in Phoenix. The senator and his family are reviewing further treatment, including a combination of chemotherapy and radiation.

"On Friday, July 14, Sen. John McCain underwent a procedure to remove a blood clot from above his left eye at Mayo Clinic Hospital in Phoenix. Subsequent tissue pathology revealed that a primary brain tumor known as a glioblastoma was associated with the blood clot," his office said in a statement.

The senator and chairman of the Armed Services Committee had been recovering at his Arizona home. His absence had forced Majority Leader Mitch McConnell, R-Ky., to delay action on health care legislation.

In a statement, McConnell said: "John McCain is a hero to our Conference and a hero to our country. He has never shied from a fight and I know that he will face this challenge with the same extraordinary courage that has characterized his life. The entire Senate family's prayers are with John, Cindy and his family, his staff, and the people of Arizona he represents so well."

Doctors say McCain is recovering from his surgery amazingly well and his underlying health is excellent, according to the statement.