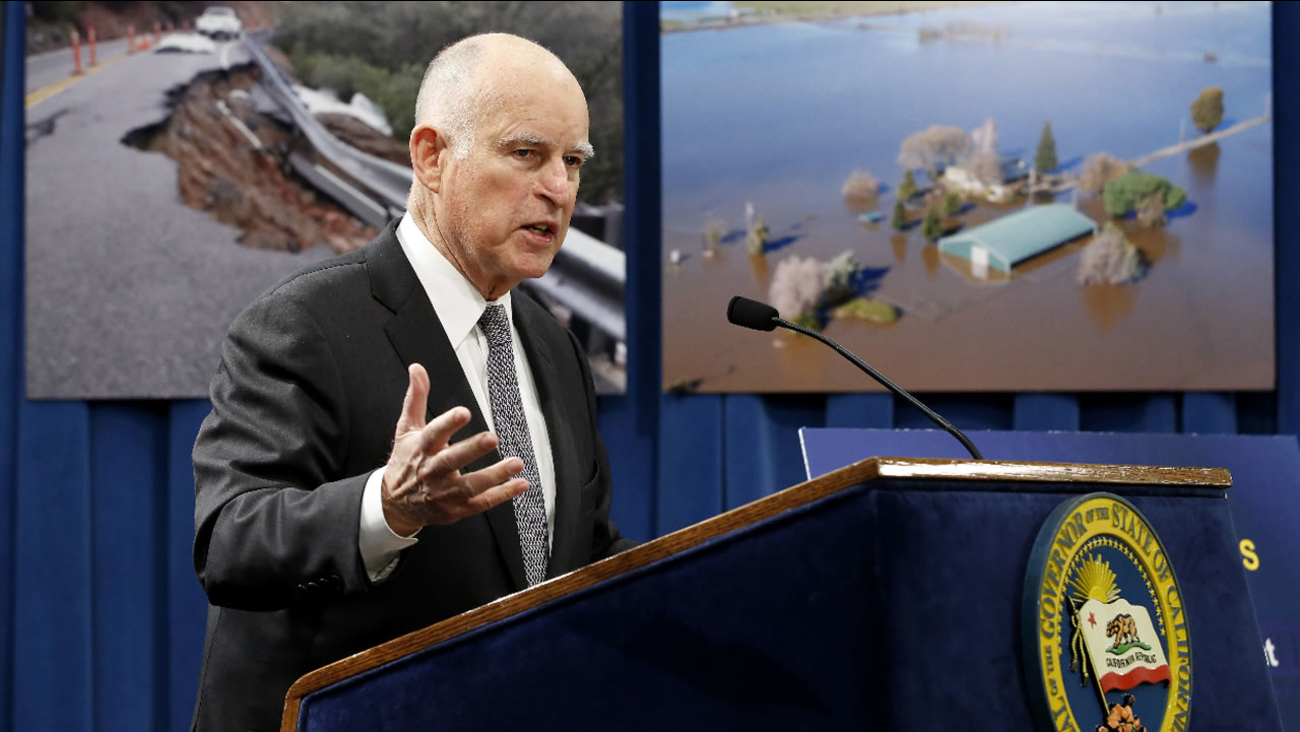 Gov. Jerry Brown discusses his proposal to spend $437 million on flood control and emergency response in the wake of recent storms, during a news conference Friday, Feb. 24, 2017. (AP Photo/Rich Pedroncelli)

The Democratic governor was joined Tuesday by his celebrity predecessor, Arnold Schwarzenegger, who signed the 2006 bill that led to the creation of the nation's only cap and trade system to reduce greenhouse gases.

The program puts a cap and a price on climate-changing emissions. It has become closely watched around the world, promoted by Schwarzenegger and Brown alike as a successful way to reduce emissions that hasn't taken the steam out of California's thriving economy.