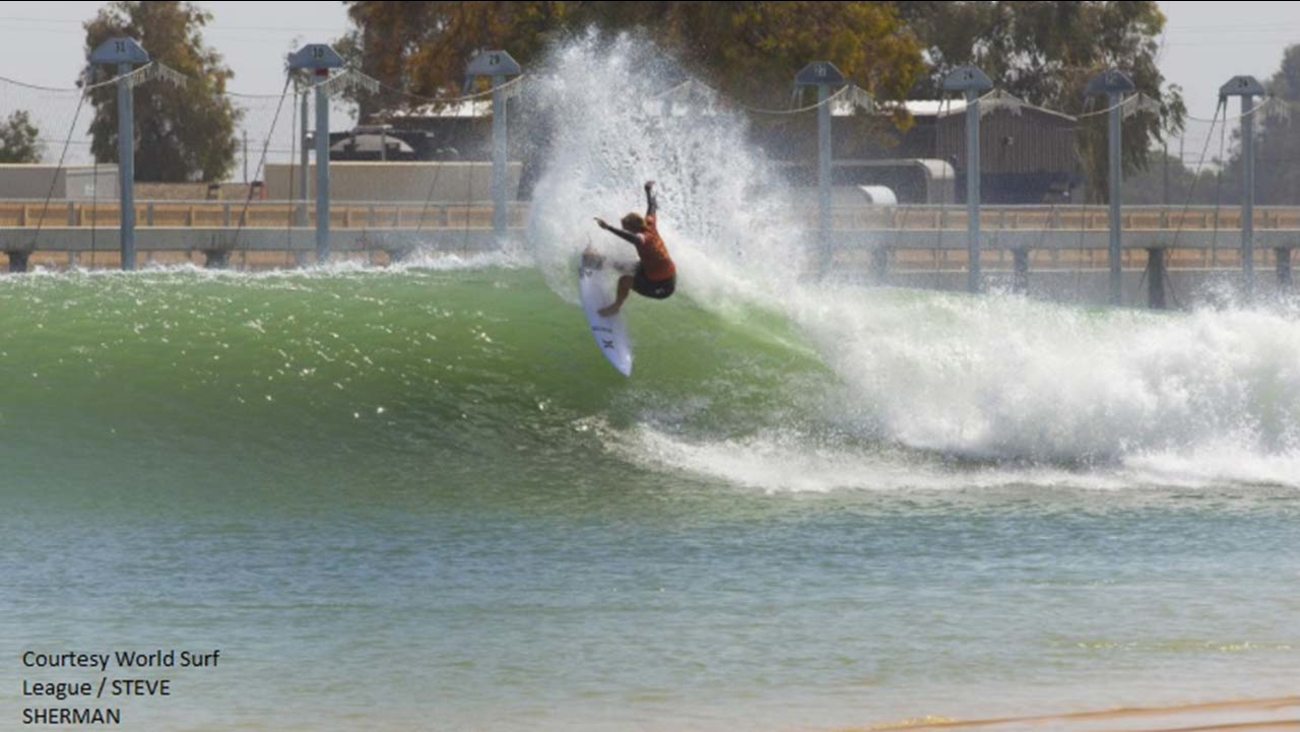 The World Surf League (WSL) made a huge splash on Tuesday when it brought out many competitive surfers to test out a new way to surf, anywhere.

The WSL posted several videos on their Facebook page showing how the wave in the middle of the Central Valley works. One of their posts reads simply, "One of the most historic days in surfing history. "

The Kelly Slater Wave Company has a post on their website that describes their aspiration as one that, "combines cutting-edge science, engineering, and design to create the longest, rideable open-barrel man-made wave in the world."

A WSL news releasee described the Tuesday gathering with many observations and quotes from those in attendance:

"Kelly Slater got emotional while praising an intimate crowd Tuesday evening for taking part in one of the best days of his life. "This has been a dream come true and I can't thank you guys enough," he said before introducing Eddie Vedder to the stage."

Engineers pushed the new foil to the brink. Judges learned what it's like to remove wave selection entirely out of the equation. Broadcasters learned how to live with a well-defined tempo, and marketing gurus had their heads spinning thinking about the possibilities. Even Eddie Vedder, Slater's longtime friend, wasn't going to miss this one. "I didn't think I'd ever be back in Fresno anytime soon," he told the crowd at the post-event party. "Now I think I want to get an Airstream up here and park it right next to Kelly's."