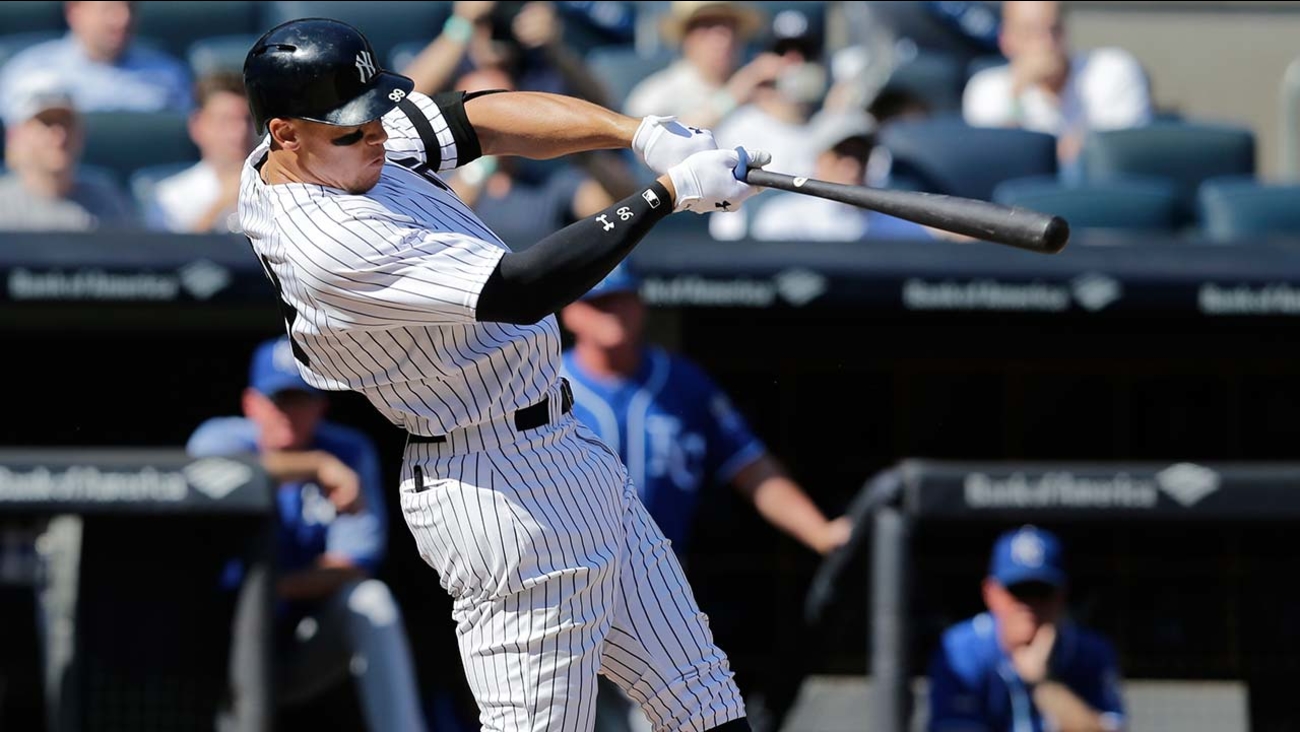 The Yankees slugger hit a two-run drive to right-center off Kansas City's Jakob Junis in the third inning to tie the mark. He added a solo shot over the visitors' bullpen in left in the seventh inning against Trevor Cahill.

Judge has 13 home runs in September and six in five games. He hit two home runs for the second straight day and has four multihomer games this month.

McGwire hit 49 homers for Oakland in 1987, breaking the previous mark of 38 set by the Boston Braves' Wally Berger in 1930 and matched by Cincinnati's Frank Robinson in 1956.

Judge is second in the major leagues behind Miami's Giancarlo Stanton, who has hit 57.
Report a correction or typo
Related topics:
sportsfresno statemlbnew york yankeesu.s. & world
Copyright © 2021 by The Associated Press. All Rights Reserved.
U.S. & WORLD