KABC
ANAHEIM HILLS, Calif. -- Homes were seen ablaze as a vegetation fire spread quickly through the Anaheim Hills area on Monday, prompting mandatory evacuations for 1,000 homes and freeway closures in the area.

The fire was first reported shortly before 10 a.m. near the eastbound 91 Freeway and the 241 interchange. The blaze, which was initially estimated to be 25 acres, charred approximately 500 acres by around 12:30 p.m., according to the Anaheim Fire and Rescue Department.

Wildlife was seen running from flames during the Canyon Fire 2 brush fire in the Anaheim Hills area.

The growing blaze prompted the closure of both sides of the 91 Freeway as well as the eastbound Imperial Highway.

The Anaheim Fire and Rescue Department said the blaze, which has been dubbed the Canyon Fire 2, quickly spread with winds estimated to be around 25 mph.

Firefighters set up structure protection in the area and issued evacuation orders for all areas east of Weir Canyon Road and Serrano Avenue.

Other evacuation orders were also issued for residents south of the 91 Freeway and west of the 241 Freeway, north of Nohl Ranch Road and east of Serrano Avenue.

The orders were then extended to Nohl Ranch Road and Canyon Rim.

A local family described feeling panic stricken and frightened as the Anaheim Hills fire inched closer and closer to their home on Monday.

If you are home, leave now. For your safety access to the area is not allowed at his time. #CanyonFire2

Children from Running Springs, Anaheim Hills and Canyon Rim elementary schools were also being bused over to Canyon High School. All students were located in the gym.

Officials said the fire was moving rapidly toward the 241 Freeway.

Three regional parks - Irvine, Santiago Oaks and Yorba - were all closed due to the fire and smoke covering the area.

The blaze comes not long after another brush fire burned about 2,600 acres at the Anaheim-Corona border in late September. This was the original Canyon Fire and it prompted dozens of evacuations in Corona.

The cause of this latest fire was unknown.
Report a correction or typo
Related topics:
californiaevacuationbrush firefirewildfirefirefighterscalifornia
Copyright © 2021 KABC-TV. All Rights Reserved.
CALIFORNIA 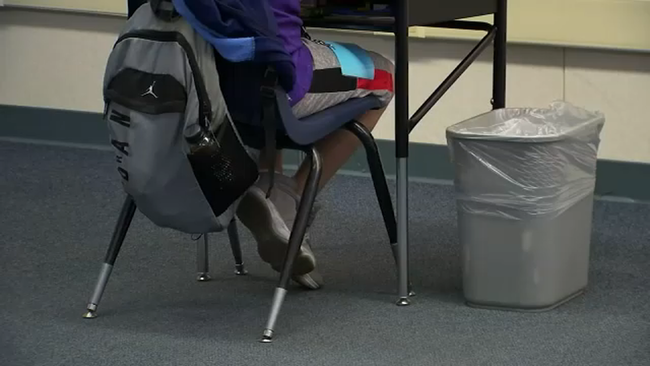