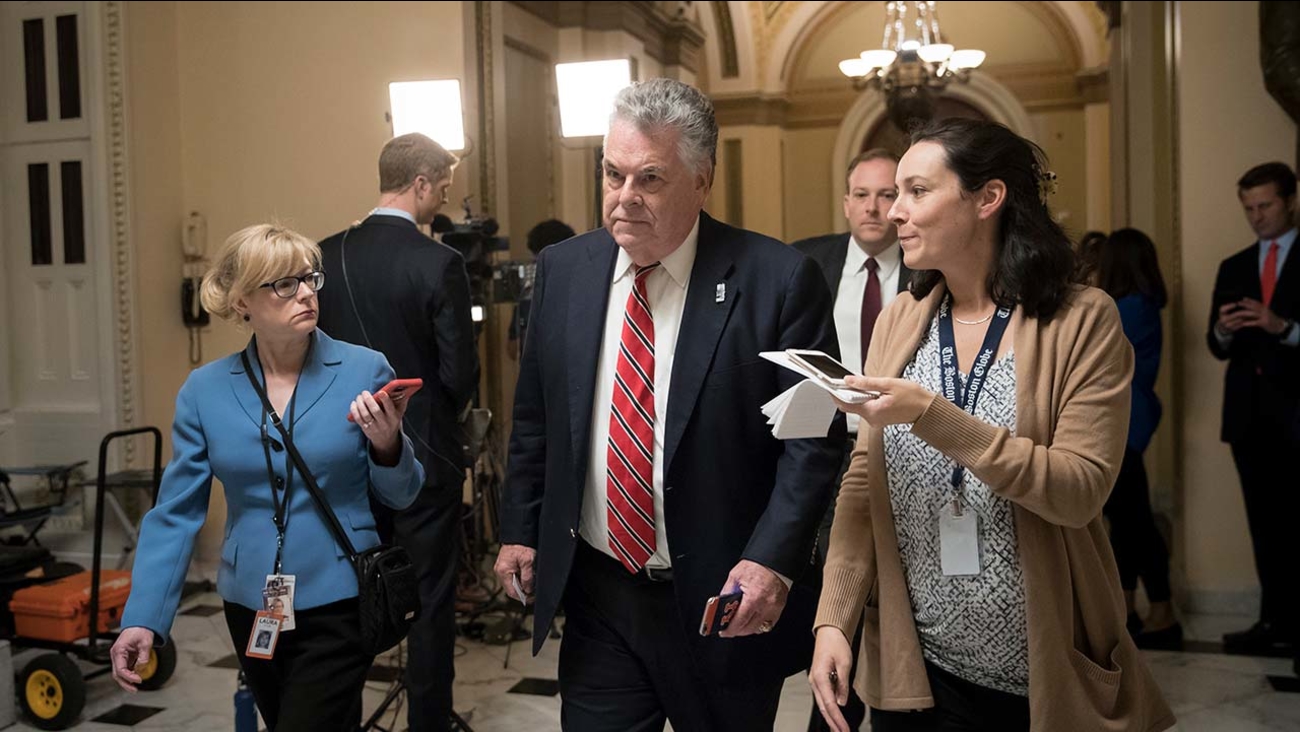 WASHINGTON -- The House on Thursday gave a significant boost to President Donald Trump's promise to cut taxes, narrowly passing a GOP budget that shelves longstanding concerns over federal deficits in favor of a rewrite of the tax code that Republicans promise will jump-start the economy.

The 216-212 vote permits Republicans to begin work on a follow-up $1.5 trillion tax cut and move it through Congress without fear of blocking tactics by Democrats. The tax bill is the top item on the GOP agenda, would be Trump's first major win in Congress - and, Republicans hope, a much-needed boost for the party's political fortunes on the eve of next year's midterm elections.

GOP leaders scrambled in recent days to overcame opposition from House conservatives unhappy about deficits and debt, and lawmakers from high-tax states such as New York and New Jersey, who are upset about plans to curb the state and local tax deduction.

The Senate passed the measure last week and the House endorsed it without changes, a step designed to allow Republicans to move quickly to the tax measure in hopes of passing it into law this year.

Republicans view passage of the tax measure as a career-defining dream, and its importance has only grown in the wake of the party's debacle on health care. But the tax plan's popularity is not a given with voters, and fissures among Republicans already threaten to slow the measure.

Battles over the state and local tax deduction and tax-free contributions to retirement accounts have already broken open, and Republican tax writers have yet to lock down dozens of crucial details on tax rates and preferences.

The underlying budget measure abandons the Republican Party's longstanding promise to rein in deficits in favor of Trump's boast of "massive tax cuts." The measure drops proposed cuts to mandatory programs such as food stamps, though conservatives promise to take on spending cuts later.

"I still feel strongly about addressing unsustainable mandatory spending," said Rep. Diane Black, R-Tenn., who chairs the House Budget Committee. "I think we will tackle this important issue in the future. We don't have a choice."

Democrats united against the plan, arguing its tax cuts will pad the bank accounts of the wealthy and the balance sheets of corporations, while delivering modest relief - or none at all - to middle-income taxpayers.

"These tax cuts will not create an economic boom, but will instead lead to a higher concentration of wealth among the rich, while dramatically increasing deficits and debt," said Rep. John Yarmuth, D-Ky.

The budget plan calls for $5 trillion in spending cuts over the decade, including cuts to Medicare, Medicaid and the Obama-era health care law, though Republicans have no plans to actually impose those cuts with follow-up legislation. Some Democrats criticized the measure for ruthless spending cuts; others took the opposite approach, failing it for tackling the deficit.

Ways and Means Committee Chairman Kevin Brady, R-Texas, says he'll schedule a panel debate and vote once the budget plan is safely passed, and much of the buzz in the Capitol concerned a flurry of horse trading as Republicans struggled to find ways to raise revenues to help finance cuts to individual and corporate tax rates. The goal is a full rewrite of the inefficient, loophole-laden tax code in hopes of lower rates for corporations and other businesses and a spurt of economic growth.

Brady, for instance, told reporters on Wednesday morning that he's still looking at curtailing tax-free deposits in 401(k) retirement accounts, a move that could raise revenue in the near term as retirement savings shift to Roth-style accounts that are funded with after-tax earnings.

Trump says he opposes curbing 401(k) donations, however, which tossed a monkey wrench into the process. And Sen. Ron Johnson, R-Wis., came out squarely against reducing the cap on 401(k) contributions in an interview on CNN Thursday morning.

"To do tax reform, you need money. And right now, even as we speak, they appear to be going wobbly on some of the issues they've raised with great certainty in previous weeks," said top Ways and Means panel Democrat Richard Neal of Massachusetts. "They've got a revenue problem, a real revenue problem. And you have to make some dramatic changes to benefits that people across America have come to expect and enjoy."