Arrested for having a hand gun in the car with an infant, she's now eligible for bail A judge is allowing bail in her case.

One thing is clear, she has quite a few people on the Fresno Police Department's Facebook page willing to step up and pay her bail.

Another man writes, "How much Is her bail? Lol asking for a friend." 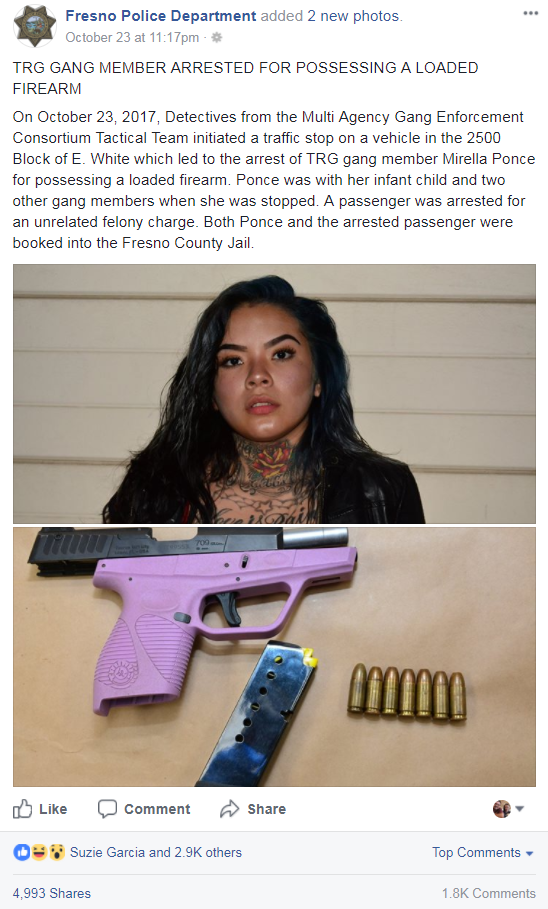 But, another person wrote, "Wow. Everybody's on here talking about how she's pretty. She was endangering her child's life rolling around with a gang member and a loaded weapon."

The Fresno Police Department says their Facebook post was one of the most shared posts they've ever had.

Police said they arrested Ponce Monday night during a traffic stop near Belmont and Fresno Street in Central Fresno. Officers said she had the loaded gun while in a car with her infant and two other gang members. A passenger was arrested on an unrelated felony charge.