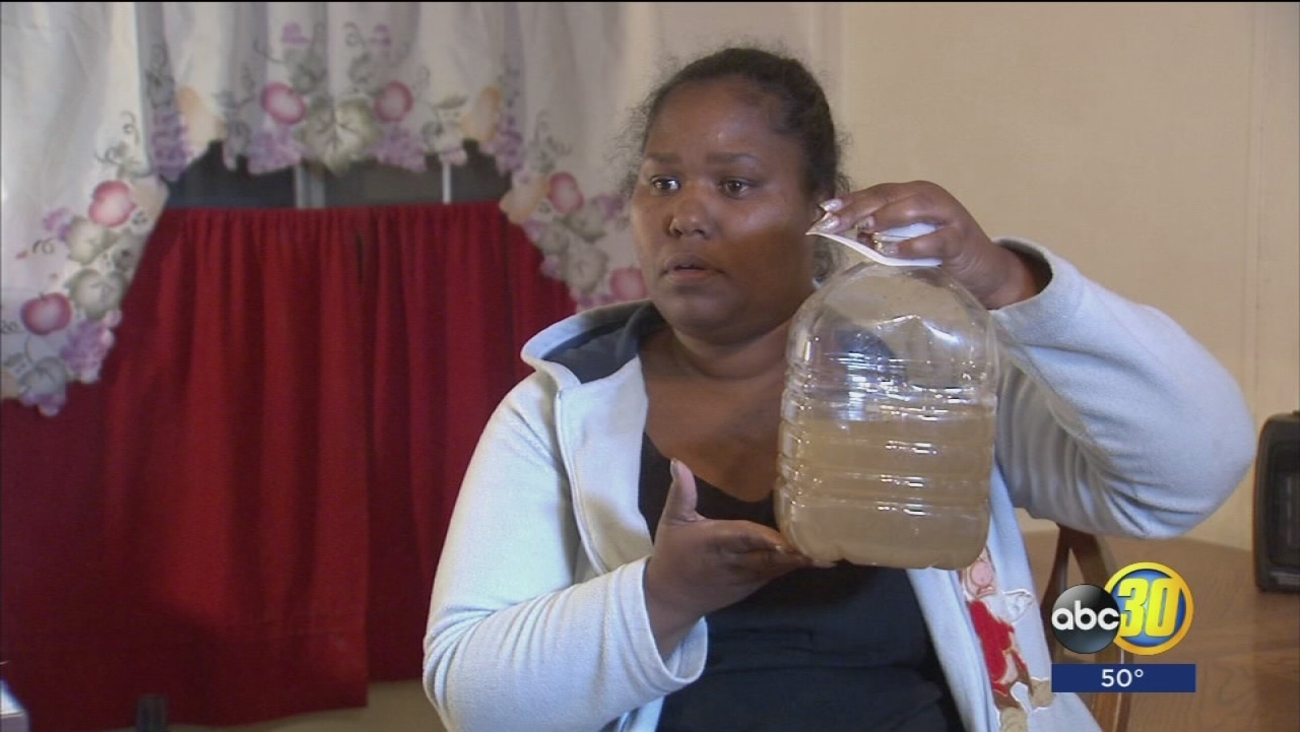 TEVISTON, Calif. (KFSN) -- Neighbors in a south valley community say they are dealing with dirty water that officials told them was okay to drink.

Those residents live in the town of Teviston and they tell me the Teviston Community Services Water District told them six days ago after canceling a boil water advisory.

That this water which was poured for us Tuesday was ok to drink and use.

In this neighborhood in Teviston, you can hear the sound of the water pump running but residents say this pump is pushing out water they cannot use.

"Filth, they expect our children our elderly our farm animals for us to drink this, it's outrageous."

Samantha Gillon says this dirty water has been an ongoing problem in her community for years.

"It is scary because the people here are affected."

People like Gillon's sixteen-year-old daughter, last week she was admitted to the hospital for cardiac arrest.

"An athlete a star just go into cardiac arrest that don't make no sense, we don't know if its due to this."

Although it is unknown if it is related the brown water is creating fears for some of the 115 homes affected.

"You can't bring your daughter home because if she gonna die from what she got in the hospital or what she got here," said Gillon.

Across the street, Shelly Soriano has the same concerns. Monday she sent us cell phone video of the cloudy water.

The Teviston Community Services Water District said was ok to drink in this letter sent to them two weeks ago according to Soriano.

However, when we showed up 24 hours later neighbors had received a new notice telling them they now are under a boil water advisory.