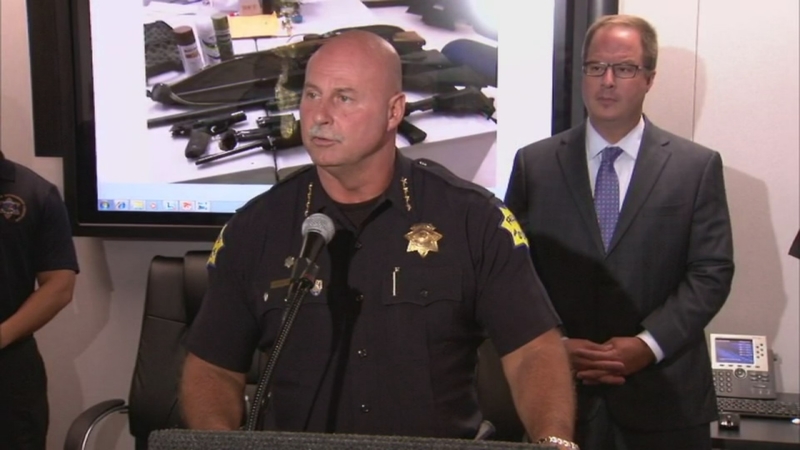 FRESNO, Calif. (KFSN) -- A 15-year-old continuation student is accused of making false threats during a social media frenzy regarding anti-establishment graffiti seen at Bullard High School and two churches in the area recently. Fresno Police Chief Jerry Dyer said one person challenged people to shoot up the school on social media, and the 15-year-old responded with school shooting threats and bomb threats.

Authorities are still looking into the original tweet. Police do not believe these tweets originated from the supposed "Merry Men" group, who took credit for the recent graffiti.

"Needless to say, this is as very complex investigation, there were a lot of things occurring," said Chief Dyer.

Police said they believe the "Merry Men" group was composed of three people. Aaron Nevarez, 18, and his 17-year-old brother, who were arrested on Thursday for felony vandalism. Dyer said Aaron admitted to being the lookout at the Mormon church, and was also involved in the St. Anthony's graffiti incident. His 17-year-old brother admitted to being involved in five vandalism incidents, including those at the Mormon church, St. Anthony's, Bullard High, and Baird Elementary. Police identified the third person as Riley Whitsitt of San Diego. Police say Whitsitt was present during at least one of the graffiti incidents.