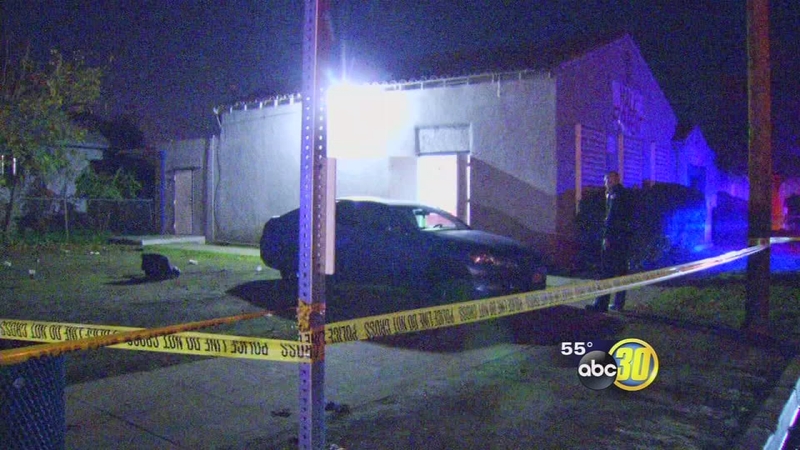 FRESNO, Calif. (KFSN) -- A day of mourning inside Raisin Center Lodge #5 took a tragic twist Friday when gunfire erupted during a memorial service. With frightened neighbors watching just feet away.

"Locked the door, ran towards the very back end of the room and laid on the floor, unless we didn't hear shots," said a neighbor.

Police do not know how many shooters there were, but witnesses claim they heard more than a dozen rounds before a panicked crowd started running from the building.

One woman who wanted to stay anonymous said she heard yelling.

"Saying like, 'why here, now?' They just couldn't believe it, they were all scared, they were running away."

By the time officers arrived, the building was empty. Four victims later showed up at the hospital. Some were shot in the arm and one victim is fighting for his life.

"There was evidence of a shooting, a lot of blood, other evidence. They left, you see a white truck behind me, I know some of the victims came in that white truck," said Lt. Joe Gomez, Fresno Police.

The memorial service was for Brandon Porraz-- a motorcyclist who died after crashing into a guardrail at an excessive speed in November. He had a lengthy criminal history.

Officers don't know if the shooting was gang-related, but neighbors are calling the violence a low blow.

"Even if it was gang-related I think you know, this was not the perfect time. Especially being the holidays already just around the corner, it's sad. I mean they were having a funeral that someone passed away and then now here we have another four people injured."