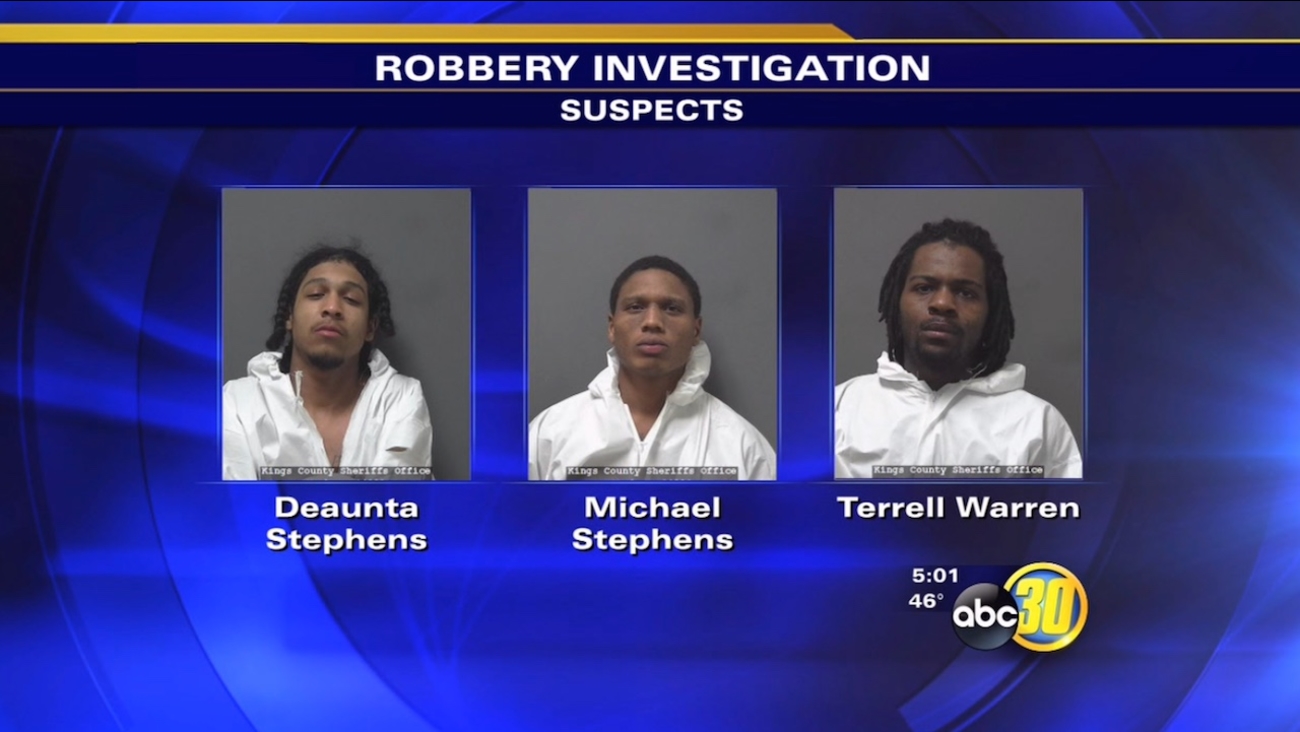 KFSN
FRESNO, Calif. (KFSN) -- The three suspects were arrested in a Visalia neighborhood after a chase.

Hanford Police said two masked men, one armed with a shotgun, entered a store on 10th Avenue near Fargo Avenue just after 10 p.m. Thursday, and demanded money. Police said the men took the cash register drawer and ran from the business.

During the investigation, police said CHP officers attempted to stop a vehicle on eastbound Highway 198 near the Kings County line -- but the vehicle fled. CHP officers were able to stop the vehicle near the intersection of Church Street and School Street in Visalia. Inside the car, they said they found items stolen from the business in Hanford. The shotgun used in the robbery was later recovered by Visalia Police Officers in a nearby neighborhood.

Police identified the three male suspects as 22-year-old Deaunta Stephens, 18-year-old Michael Stephens, and 21-year-old Aaron Warren -- all from Visalia and Tulare. They have been booked into the Kings County Jail for robbery, conspiracy, and felony pursuit.