Police say the three suspects ran from the store with over $3,000 in stolen property, then attempted to run from officers.
KFSN 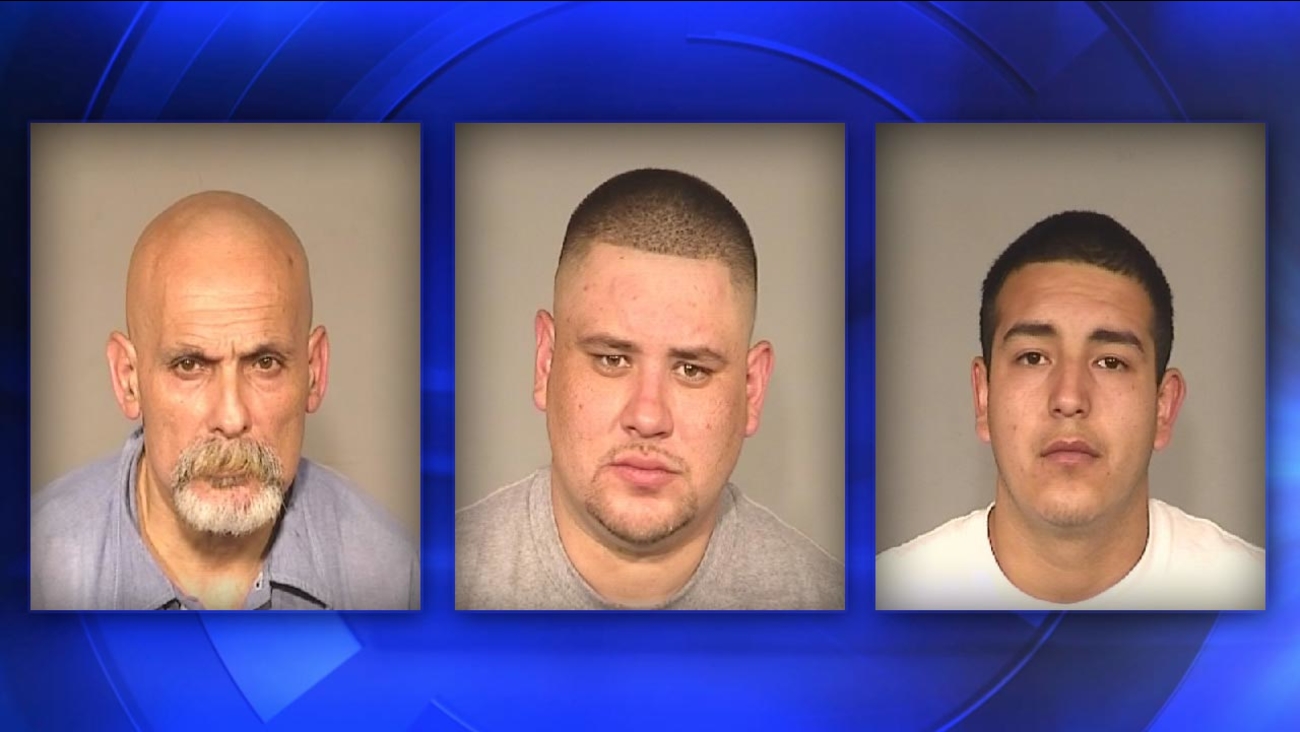 FRESNO, Calif. (KFSN) -- Fresno Police said they responded to the Target department store on Riverside Drive in Northwest Fresno after an employee recognized the suspects from a previous theft at another store. A police helicopter was the first on the scene and was able see the suspects running from the store with the stolen goods.

Police said the helicopter guided patrol cars to the suspect's vehicle, but when they tried to pull over the car, the suspects fled. Police on the ground pulled back while the helicopter followed the suspects as they attempted to escape, heading south on Freeway 99. The suspects got off the freeway at Shaw Avenue and police were able to converged on the suspects near Barcus and Shaw.

The suspects were identified as 28-year-old Arthur Michel of Modesto, 56-year-old Lerme Lerma of Modesto, and 18-year-old Damian Reyes-Martinez of Modesto. Five Dyson brand vacuum cleaners, a 32 inch flat screen television, and several small electronics were recovered from the vehicle. All of the items were still in the original packaging with store sensors attached to them.