Anyone with information about the death of Jesus "Chuy" Sanchez is urged to contact the Fresno Police Department.
KFSN 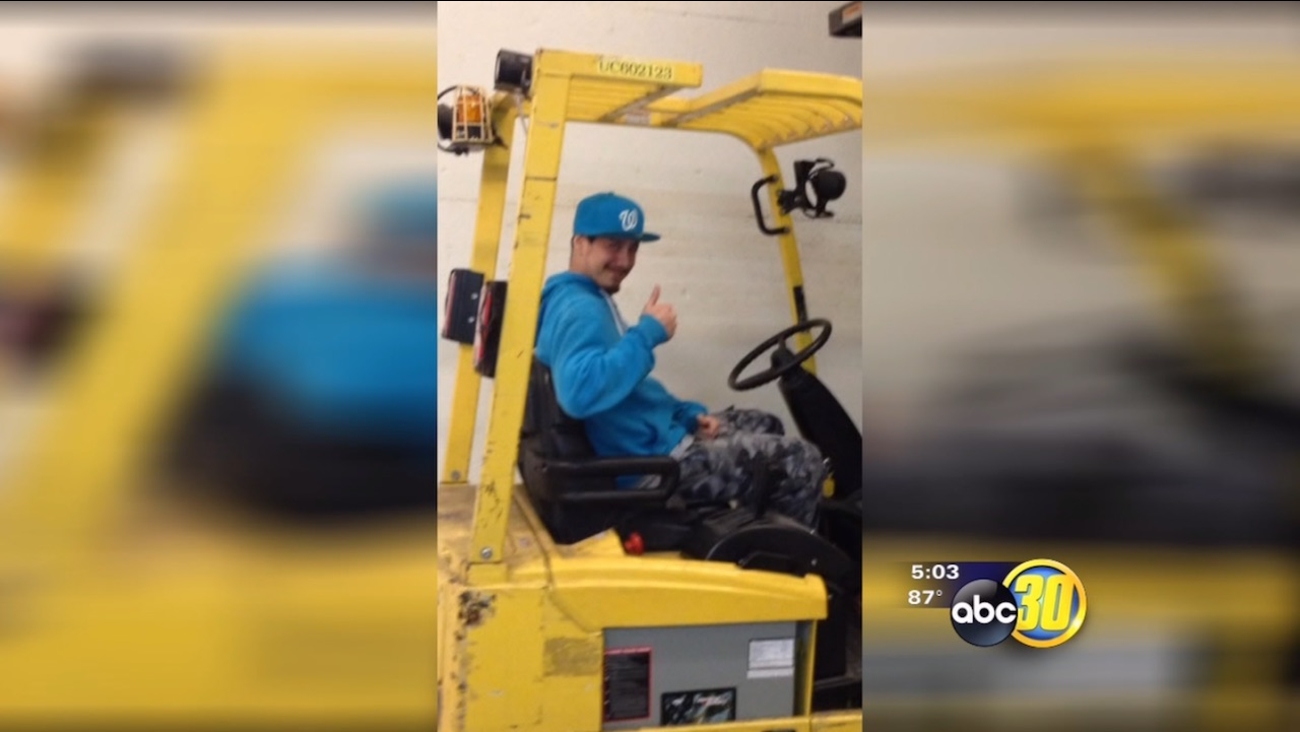 KFSN
FRESNO, Calif. (KFSN) -- Friends of Jesus Sanchez spent hours in mourning, at the corner of Barstow and Feland. The place he was hit by a fatal gunshot.

One of those friends, Ray, was in the front seat, next to Sanchez when the shooting occurred. He watched his friend, who he considered a brother, die.

"I didn't know what happened," said Ray. "I thought a tire popped or something. Until I heard screaming, then I see my brother get out the car and lay there."

Jerry Allen lives directly across the street. He was watching TV with his wife when it happened.

Just before the shooting, Jesus and his friends were at Logan Park doing what they do almost every weekend, playing soccer. When they left the game they noticed they were being followed by a gray sedan, they pulled over about a block away.

Ray told Action News, "Yeah, as soon as we hit the loop right here we called my friends parents and we stopped right here and that's when it all happened."

Ray told us he thought the car was a gray Lexus.

Lt. Salazar added, "We know right now it's not gang related and it's not random."

Jesus Sanchez was in his early 20's -- and worked at Max's Artisan Bakery. He'd been there about a year. His coworkers knew him as Chuy. A supervisor there told us he was a great kid, a hard worker, a member of the family, he said.

So, why was he targeted? His friends say he must have been mistaken for somebody else. But Salazar says investigators are looking for someone who knew Sanchez, who had a grudge.

Lt. Salazar explained, "We are looking at past incidents with him and other people over the last few years."

As far as his friends knew, he had no enemies.

Anyone with information about the death of Jesus "Chuy" Sanchez is urged to contact the Fresno Police Department. His death is the 11th homicide of the year.