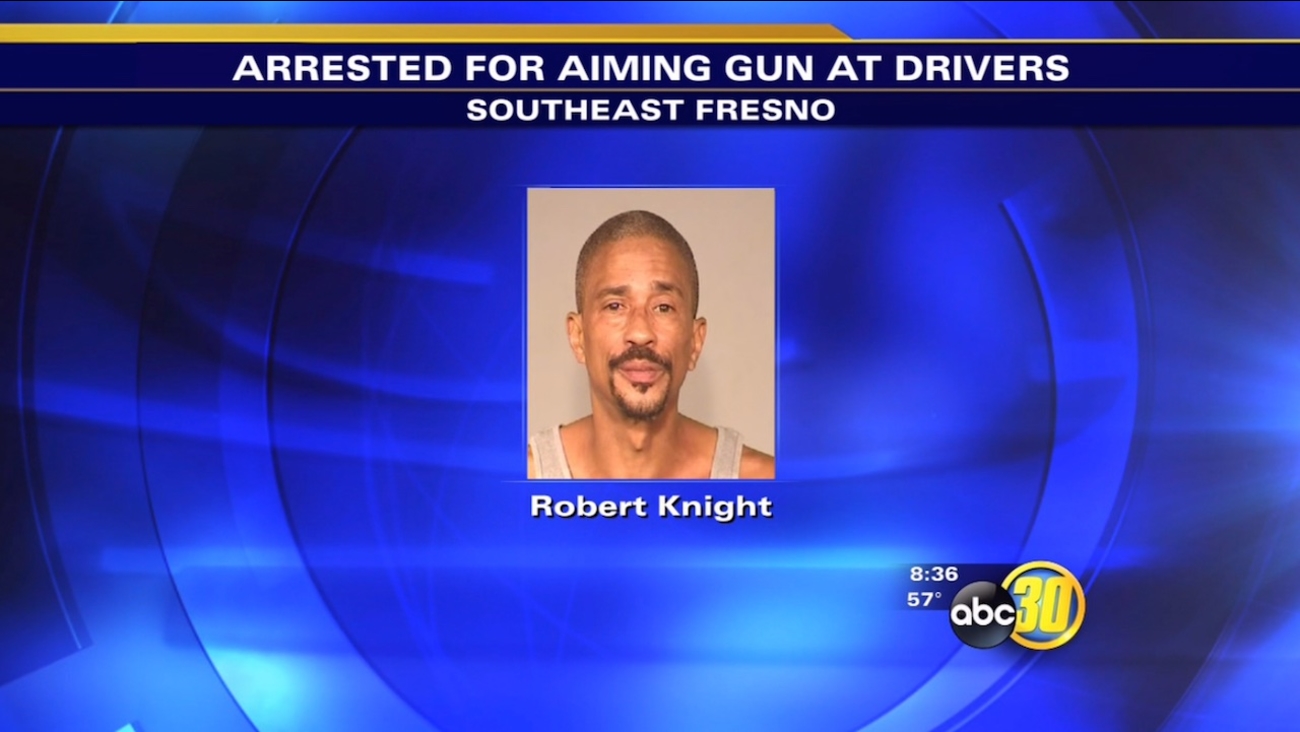 KFSN
FRESNO, Calif. (KFSN) -- A man was arrested after being accused of pointing a loaded handgun at drivers in Southeast Fresno.

Witnesses say Robert Knight drove past them near Cedar and Belmont avenues on Saturday afternoon. He pointed a gun at multiple people before officers arrested him nearby, according to Fresno police. Knight says the gun was defense. The handgun was not fired.

Knight was booked into the Fresno County Jail on various charges, including brandishing a firearm and being under the influence of a controlled substance.