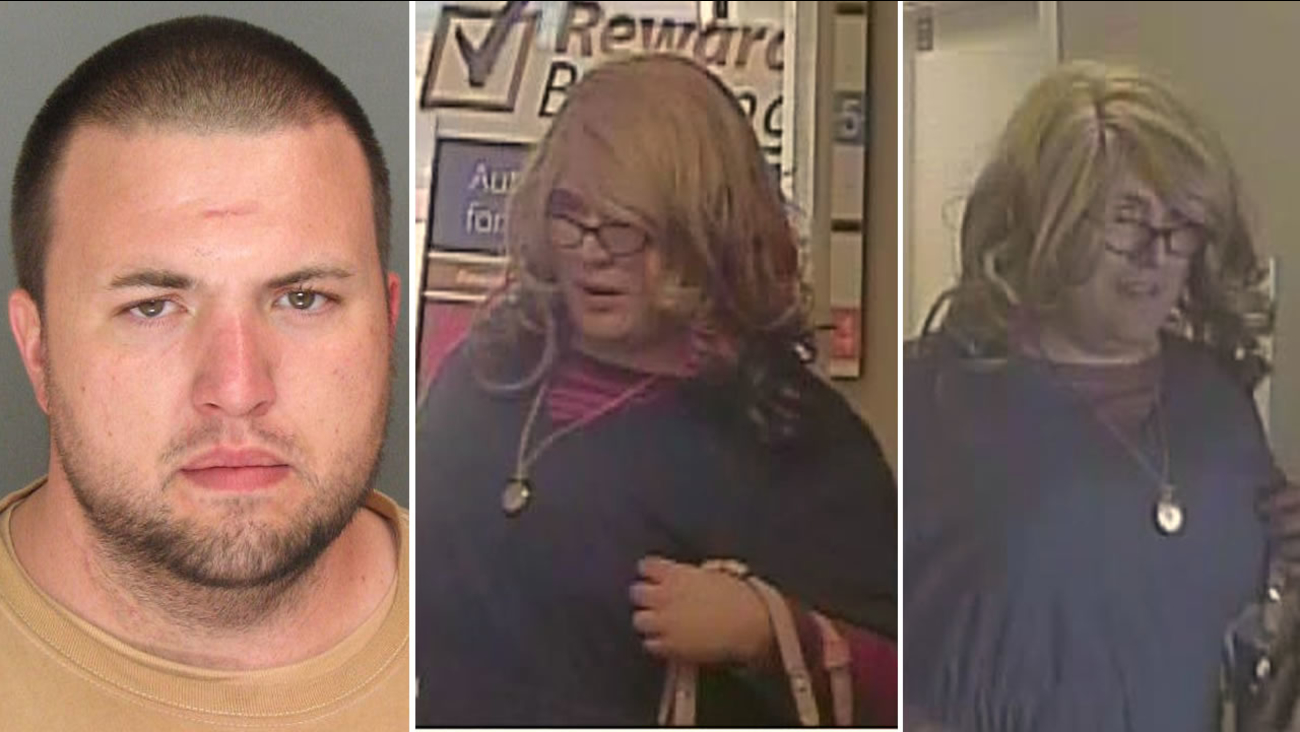 SANTA CRUZ, Calif. -- Police have made an arrest in the "Mrs. Doubtfire" bank robbery that took place in Santa Cruz earlier this month.

The robbery was reported at about 3 p.m. on April 3 at a U.S. Bank in the 100 block of Morrissey Boulevard. Police say the suspect was wearing a wavy blond wig, prescription glasses, navy blue scrubs and a light purple long-sleeved undershirt when he handed a note demanding money to the teller. The suspect got away with an undisclosed amount of money. No weapons were used and no injuries were reported.

About an hour earlier, police say the same suspect was seen in a Rabobank at 3110 Mission Drive in unincorporated Santa Cruz County. They say he was acting suspicious and possibly "casing" the premises.

A few weeks later on April 20, police in Carmel detained 31-year-old Sand City resident Brandon Calantoc. Inside his vehicle, officials discovered drug paraphernalia, narcotics, and numerous pieces of male stolen from the Carmel Post Office. They add that he was also in possession of stolen credit cards.

During the search of his vehicle, police found evidence that connected him to the bank robbery in Santa Cruz.

Calantoc was initially booked into the Monterey County Jail. As he was released from there, Santa Cruz detectives took him into custody and booked him into the Santa Cruz County Jail for robbery, an enhancement of wearing a disguise while committing a robbery, and committing a felony while out on bail. He was also arrested for the attempted robbery at the Rabo Bank.