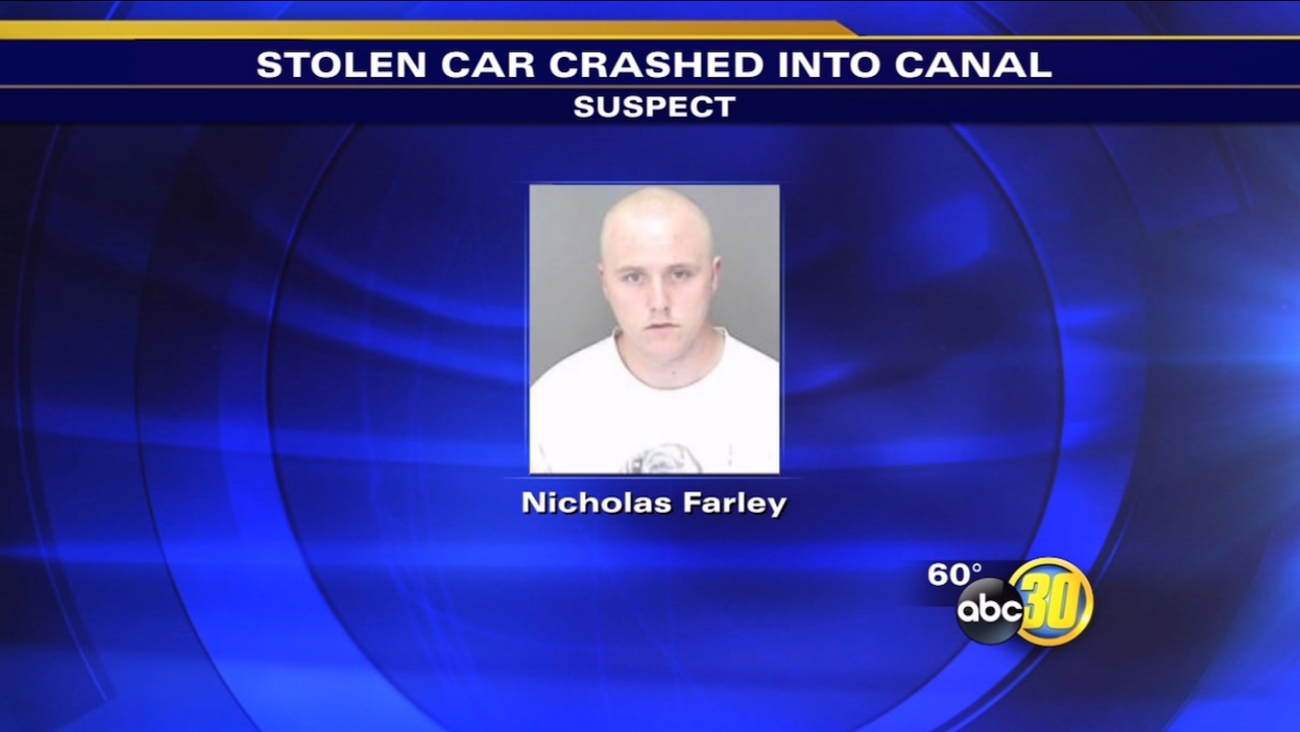 KFSN
FRESNO, Calif. (KFSN) -- A man was booked into jail after authorities said he crashed a stolen car during a high-speed chase in the Atwater area.

Atwater police arrested Nicholas Farley, 20, on Saturday afternoon. They said he sped away from an officer who spotted him in a stolen Honda Accord at Bellevue Road and Vine Avenue.

The pursuit topped 100 mph before the suspect crashed into a canal near Almond Avenue and Cressey Way while trying to jump the car over it. Farley ran from the scene but was quickly caught.

Officers said no one was injured. The Honda sustained major front-end damage.