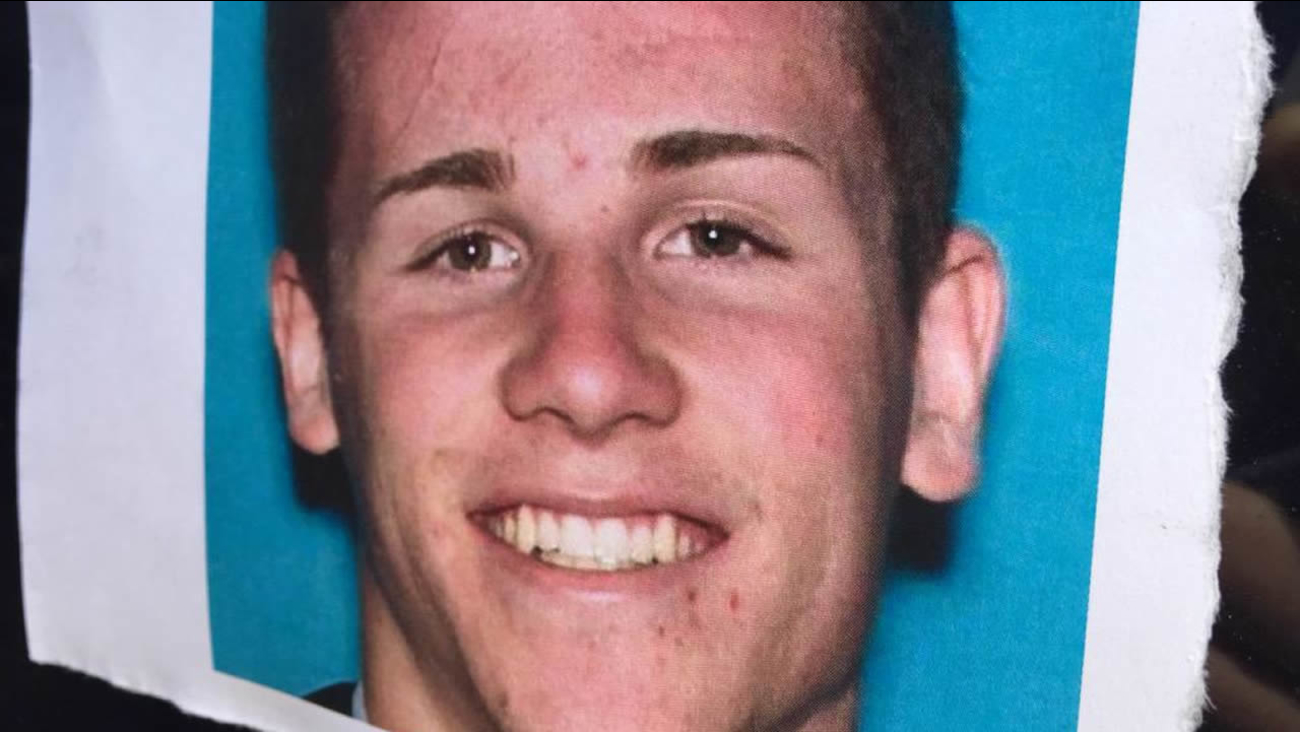 William Schultz, 18, was arrested in connection with the fatal stabbing of a 9-year-old boy in Discovery Bay, Calif. on April 26, 2015. (KGO-TV)

William Shultz, 18, has been charged with murder with the use of a knife and the special circumstance allegation of lying in wait, prosecutors said. He is also charged with one count of residential burglary.

Shultz is accused of fatally stabbing Jordan Almgren in Jordan's Discovery Bay home. Sheriff's deputies were called to the home at 10:09 a.m. Sunday on reports of the stabbing and learned Jordan had already been taken to the hospital, where he was pronounced dead.

Deputies quickly identified Shultz as a suspect in the case. A nurse at Kaiser Permanente's Antioch Medical Center saw social media reports indicating Shultz was wanted, realized he was at the hospital and alerted deputies at about 3 p.m. He was arrested shortly afterward, according to the sheriff's office.

Deputies had encountered Shultz a day earlier when his family asked for a mental health evaluation. The deputies determined he did not meet the criteria for an involuntary mental health hold, but he agreed to be taken to the hospital, according to the sheriff's office.

But he did not stay at the hospital long and that night was staying at Jordan's family's home on a sleepover. Investigators believe he attacked Jordan sometime in the early morning hours.

Sheriff's officials had not established the motive for the stabbing as of Monday.

The stabbing remains under investigation. Anyone with information about the case is asked to contact sheriff's detectives at (925) 313-2600.

DISCOVERY BAY, Calif. (AP) - A newspaper says a Northern California teenager has confessed to stabbing to death a 9-year-old boy.

The Contra Costa Times reported Monday (http://tinyurl.com/m2xyu7g) that William Schultz, 18, said he killed the boy while he slept because he wanted to know what it felt like to murder someone before the world ended. The Times interviewed Schultz in jail.

"I wanted to see what it was like to take a life before someone tried to take mine," Shultz told the paper. The paper reported that he was smiling, spoke calmly and was wearing a yellow, jail-issued jumpsuit. He wore his hair in a buzz cut.

Schultz was arrested Sunday after spending the night in the boy's home in Discovery Bay, a waterfront community along the Sacramento-San Joaquin River Delta about 60 miles east of San Francisco.

Schultz told the paper that his family has been concerned about his odd behavior and mental health over the last month.

Schultz said he was briefly hospitalized Saturday in a county facility. He said a doctor discharged him and sent him in a cab to his mother's home.

After fighting with his mother, Schultz said he spent the night at the victim's home. Schultz and the victim's older brother have been friends since 6th grade.

Sheriff's deputies were called to the victim's house at about 10 a.m. but the boy's family had whisked him to the hospital before they arrived. The boy was pronounced dead at the hospital.

About five hours later, a nurse at Kaiser Antioch Medical Center treating his slashing wounds recognized from social media that Schultz was wanted by the authorities. Schultz told the paper he accidentally cut his right wrist while stabbing the boy. Schultz showed the Times reporter his fresh stitches.

The paper said that Schultz spoke calmly about the incident until he was asked if he felt remorse.

"I wish that I hadn't. I think about what if that was my little brother," Shultz said sobbing, as he referred to his 8-year-old brother. "In that sense, I do feel bad. I do have remorse for what I did ... But there's a reason for everything that happens."

Contra Costa County Sheriff's spokesman Jimmy Lee said deputies were dispatched to the Schultz family home in Discovery Bay on Saturday after Schultz's family called with concerns about is mental health. Lee said deputies determined that Schultz didn't require an involuntary mental health commitment, but agreed to go to the hospital voluntarily by ambulance for evaluation and treatment.

"In general, if a person comes into our hospital for psychiatric evaluation, a mental status examination is conducted and if indicated, intervention is provided," Fowlie said in a prepared statement. "In circumstances where a person does not meet the criteria for a psychiatric hold, they are referred for follow-up care and other services."

The Schultz family couldn't be reached for comment. Schultz is being held on suspicion of murder. His bail is $1 million.