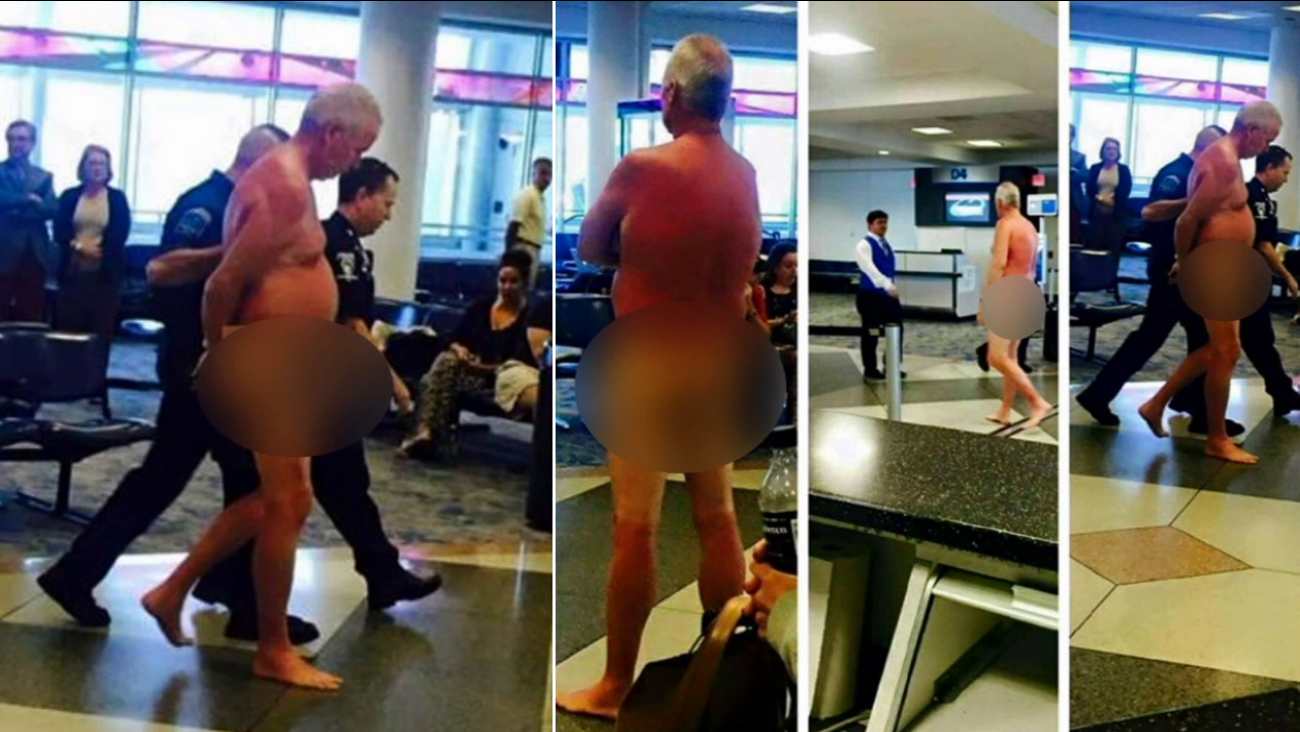 A man stripped naked at the Charlotte Douglas International Airport in North Carolina Wednesday, May 20, 2015. (Courtesy of Sherry Ketchie)

CHARLOTTE, N.C. -- A man, who was apparently angry about an overbooked flight, reportedly stripped naked at the Charlotte Douglas International Airport in North Carolina Wednesday morning.

Witnesses say he was trying to get onboard a U.S. Airways flight to Jamaica. He allegedly began yelling and undressing at the gate once he realized the flight was overbooked.

The man, whose identity has not been released, was taken by paramedics for treatment. Police say he will not face charges.
Related topics:
north carolinabizarreairport newsnaked in publicnaked manu.s. & world
Copyright © 2021 KABC-TV. All Rights Reserved.
U.S. & WORLD