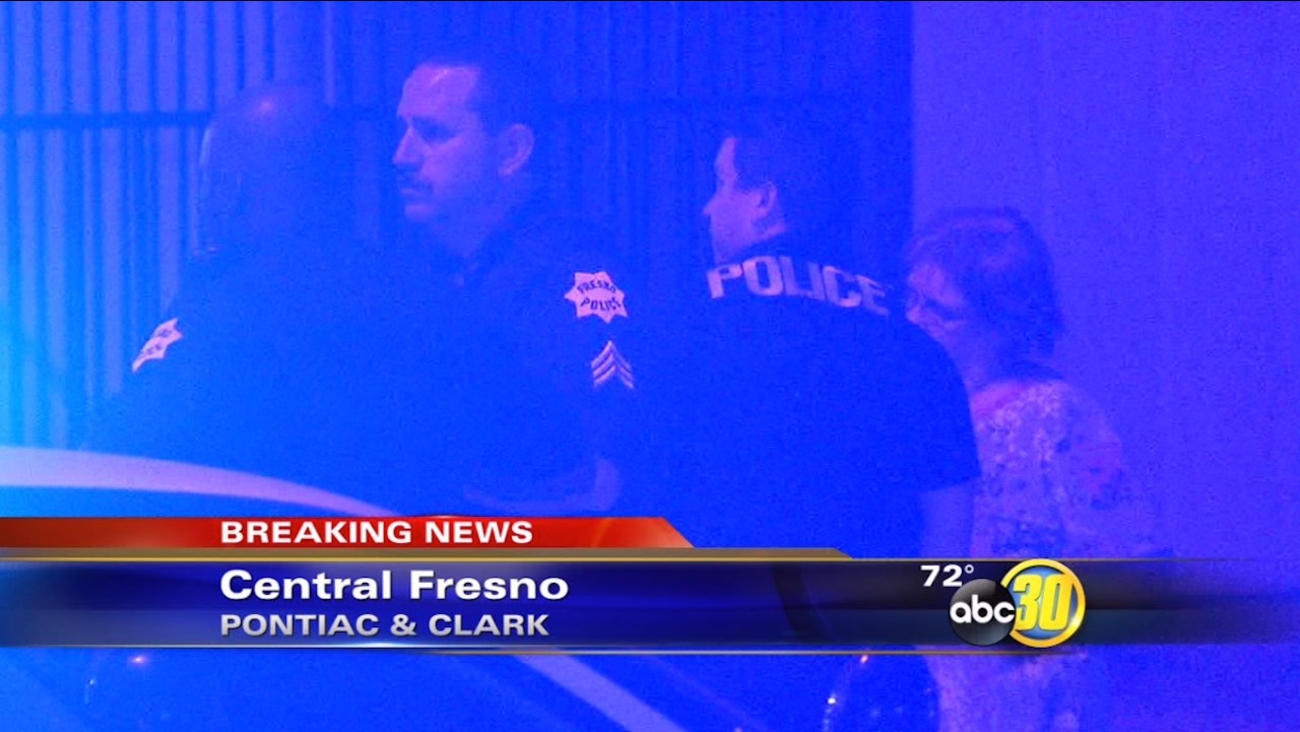 FRESNO, Calif. (KFSN) -- Fresno Police are investigating a shooting on Pontiac and Clark in Central Fresno. Police said they received a call of shots fired just before 9 p.m. on Wednesday. When they arrived, they found a man in his 50s lying in the parking lot of an apartment complex.

Police say the victim was inside the bedroom of his apartment when other witnesses say he was shot. They say there were about 10 people hanging out in the living room during the shooting. Witnesses told police said the two suspects entered the room. One of the suspects pulled a gun from his pocket, pointed it at the victim and demanded money. The suspect then fired multiple shots and the victim fell back onto his bed. The two suspects then fled the scene. Police said witnesses carried the victim outside and set him down in the parking lot. He was taken to Community Regional Medical Center where he is listed in critical condition.

One of the suspects is described as a 190 - 200 pound man, approximately 30 years old with a shaved head. He was wearing a black tank top or sleeveless shirt. He has an unknown type of tattoo on his shoulder and had a brown ace bandage over his right hand and wrist. There was a partial picture of a bulldog above the bandage.

The second suspect is about 27 years of age and weighs about 200 pounds.