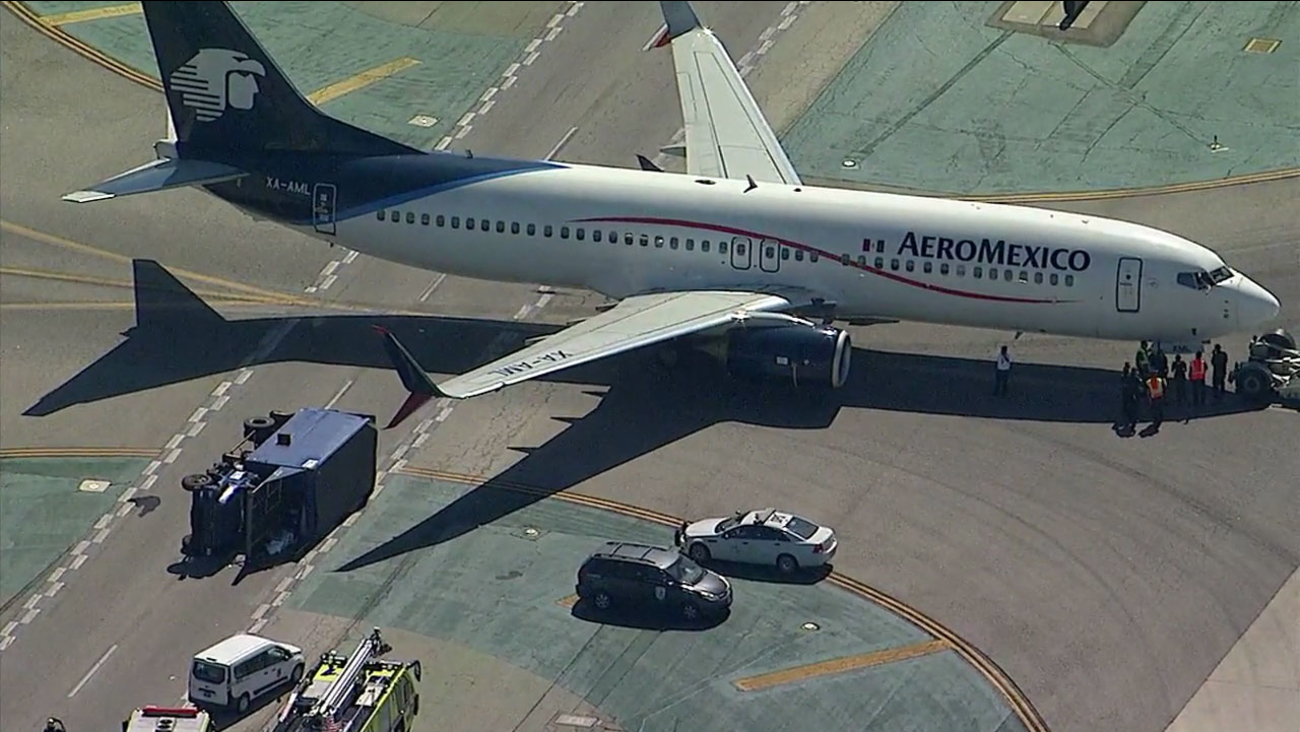 An Aeromexico flight is on a taxiway after it landed and struck a utility truck, injuring workers onboard, at Los Angeles International Airport on Saturday, May 20, 2017. (KABC)

Eight people were onboard the utility truck when it was hit shortly before 2:30 p.m. on the taxiway. The right wing of the aircraft was damaged in the crash, but none of the 146 passengers and crew on board were hurt, LAX police said.