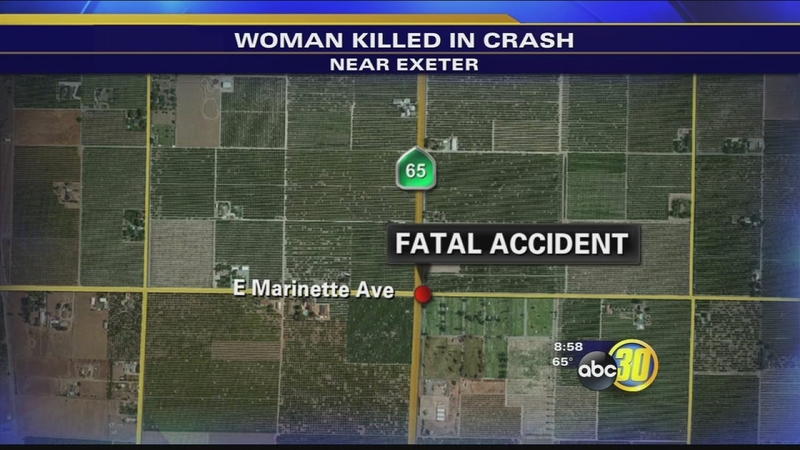 The California Highway Patrol said the crash happened around 2:30 p.m. on Marinette Avenue and State Route 65. A man pulling a trailer for the Exeter High School band was driving toward a band competition in Lemoore.

He was traveling on the highway when authorities said the woman pulled out in front of him. She was transported to the hospital but died.