Yosemite rock fall changes the face of Half Dome climb 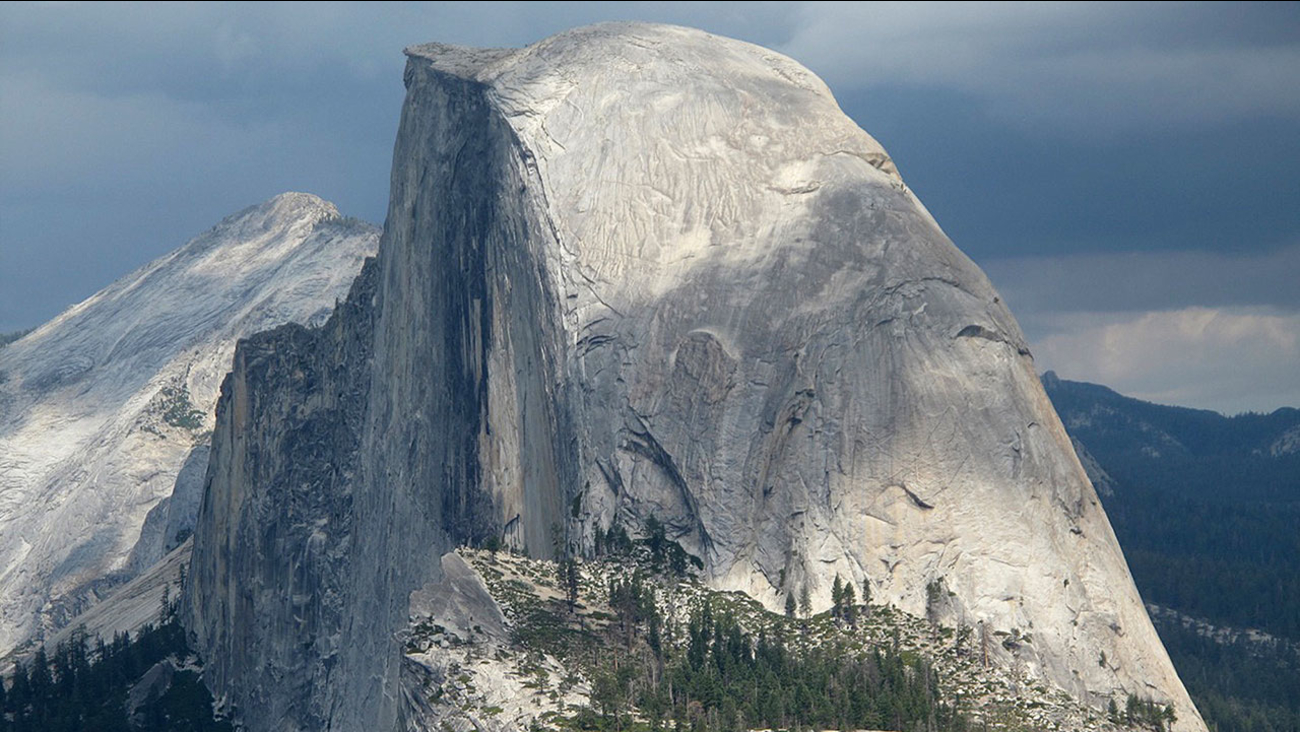 FRESNO, Calif. (KFSN) -- Officials at Yosemite National Park say a massive sheet of rock has fallen from the vertical face of Half Dome on the most popular route used by rock climbers.

According to a post on Supertopo, a party attempting the route on July 5 had to retreat because they were unable to reach the bolt anchor in the wall above the former Pitch 11 belay ledge. It appears that there is no way to reach the chimneys of Pitches 12 to 15 without difficult, unprotected free or aid climbing, until climbers discover a new variation or add fixed protection to make the traverse possible. It's not clear who would create this new variation or how a decision would be made on "fixing" one of the world's most historic routes.

Nobody was injured or witnessed the fall believed to have happened one night last week. The average climber ascends Half Dome's east face. The fall happened on the northwest face, which is usually only tackled by serious, accomplished climbers.

Park geologist and climber Greg Stock said Tuesday that officials are now determining how the new route changes the climb.

Stock says the relatively thin sheet of rock that peeled off measured roughly 100 by 200 feet. He says there are several other routes for climbers going up the 1,000-foot sheer face.

Stock says rock falls are common, but the size of this piece is impressive. He says this doesn't change the path for hikers taking a cable route to the top of Half Dome.