Children in home during standoff with man in Visalia 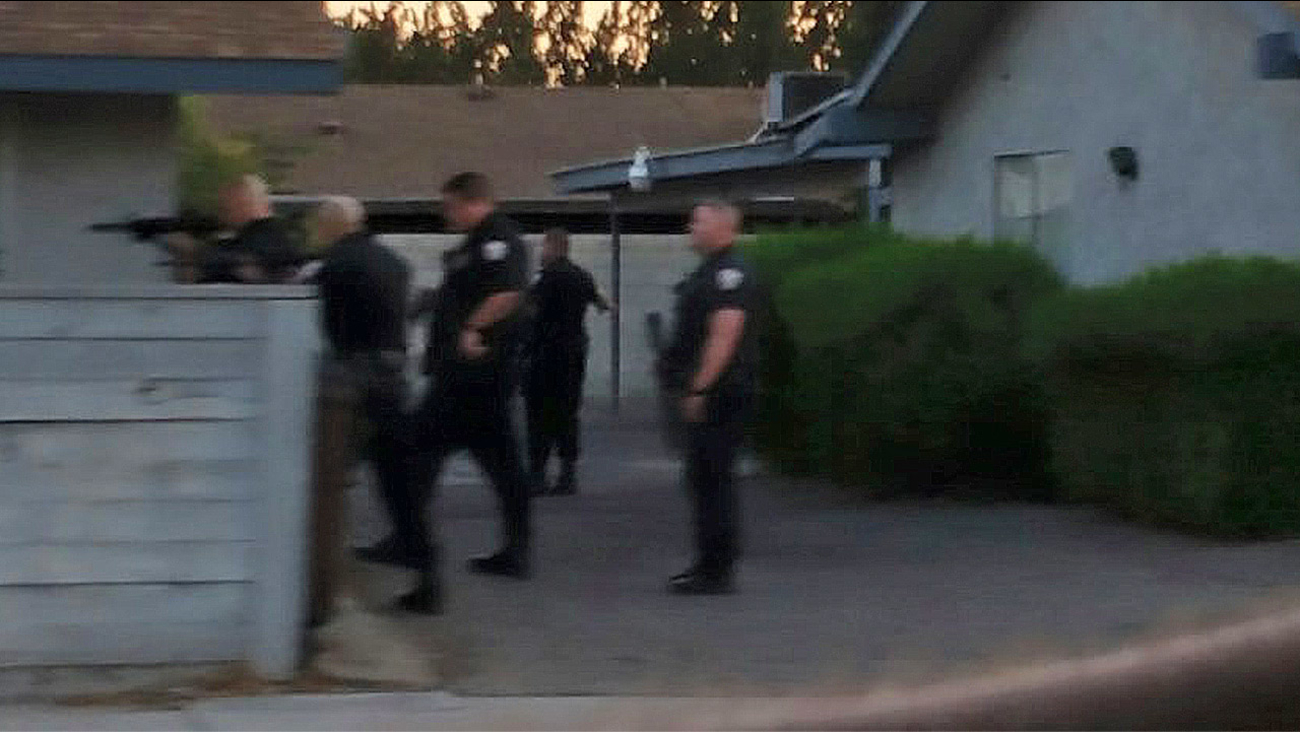 FRESNO, Calif. (KFSN) -- A standoff in Visalia ended early Saturday morning with the suspect in custody. An ABC30 Insider took a photo of Visalia police with their guns drawn on Caldwell Avenue near Mooney Boulevard.

Investigators say Carlos Guzman, 28, was armed with a rifle and making threats with a woman and two small children in the home. Officer managed to get the female victim out of the house, but the children remained inside with the suspect.

Guzman finally surrendered about an hour later. He was arrested and booked into jail on several charges, including domestic violence and child endangerment.

The two children were not hurt. The woman suffered minor injuries and was treated at the scene.