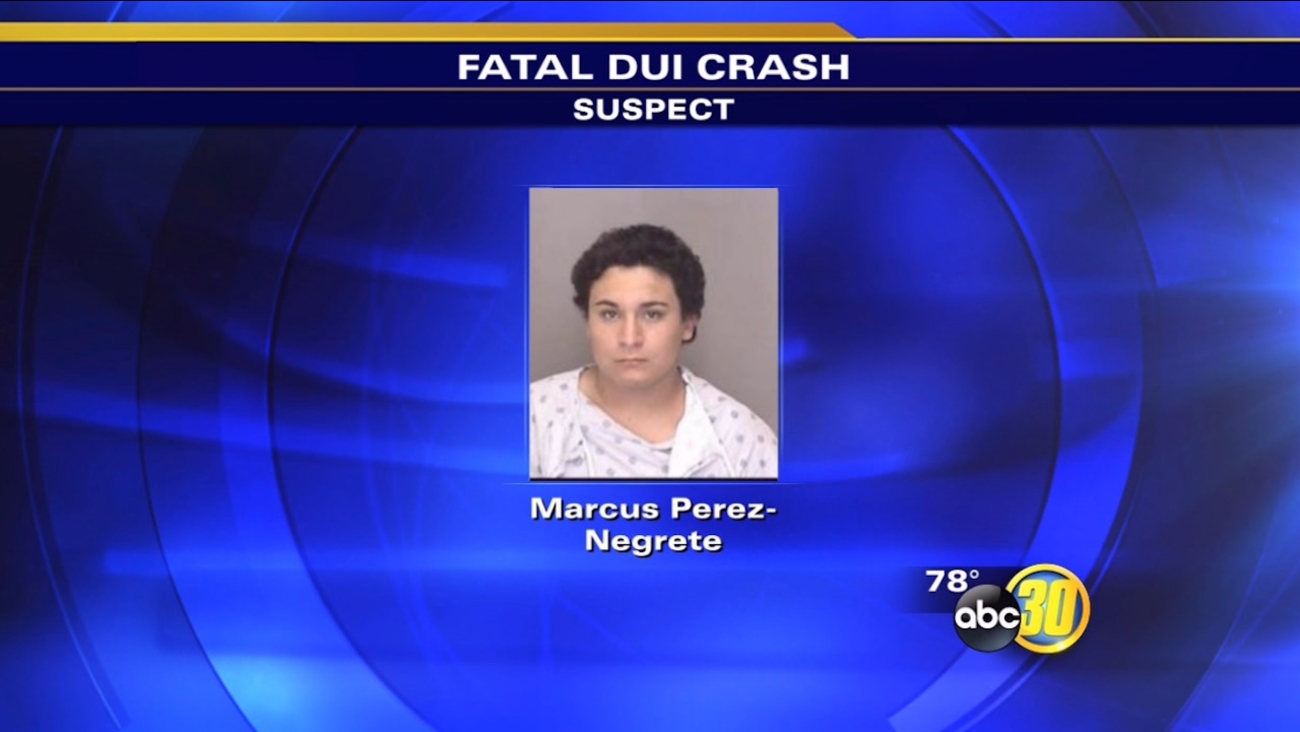 Officers arrested Marcus Perez-Negrete, 20, of Clovis after the crash. He was booked into the Merced County Jail on several charges, including DUI and vehicular manslaughter. He is being held on more than $400,000 bail.

Investigators say the suspect ran a stop sign on Santa Rita Avenue near D Street around 6 a.m. and slammed into the victim's car. A 60-year-old man in the passenger seat died after being ejected. The driver of that car had minor injuries.

Police have also notified Alcohol Beverage Control officials about the crash since the suspect is underage.