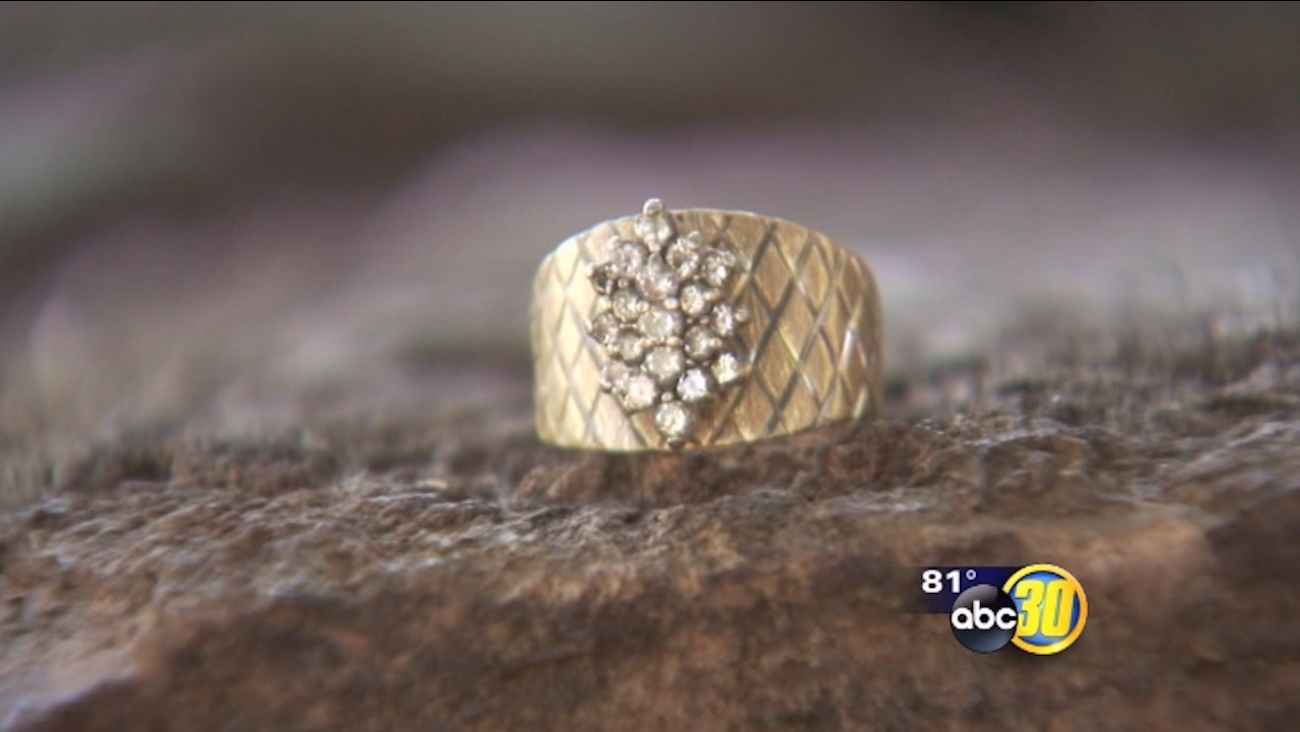 MADERA, Calif. (KFSN) -- A series of unfortunate events is bringing people together. The story about a lost family heirloom and its journey.

Just over four months ago an intersection in Madera was a bloody mess. Elvin Laurent was at the wheel on his way to his father's funeral. That's when he said another car ran a red light and smashed into him.

"The area that was covered in blood was right here and that's where they had me laying," said Laurent.

He said he's still in pain from the accident and relies on his faith to get better.

"Because I'm an angry person a lot," said Laurent.

Little did he know, meeting Paige Gacayan would change that. Gacayan's in charge of property and evidence at the Madera Police Department.

So remember that accident Laurent was in? When it happened he lost his most valuable possession. His late mother's diamond ring.

"A couple of times people would come from the city and we would look through this whole are and couldn't find anything," said Laurent.

For months up until this weekend Laurent searched and searched. Little did he know, it was sitting right here in Gacayan's vault. What happened Wednesday morning is something she never expected.

"This is the first time this has happened and I've been doing this for nine years," said Gacayan.

Gacayan posted an ad in the paper about the found ring.

"My nurse said there's an ad in the paper ring that they found in Madera And I said oh no I'm not even going to call because we've been down there too much and there's no way," said Gacayan.

Once reunited with his family heirloom Laurent learned a city worker had found it right next to this gutter.

"If I would have found this ring I would've put it in my pocket. but it goes to show maybe the next time I find something I should think maybe somebody wants this back. so maybe it taught me a lesson to not be so selfish," said Laurent.

Now he's trying to find this unknown Good Samaritan to show him that one kind act can really make a difference.