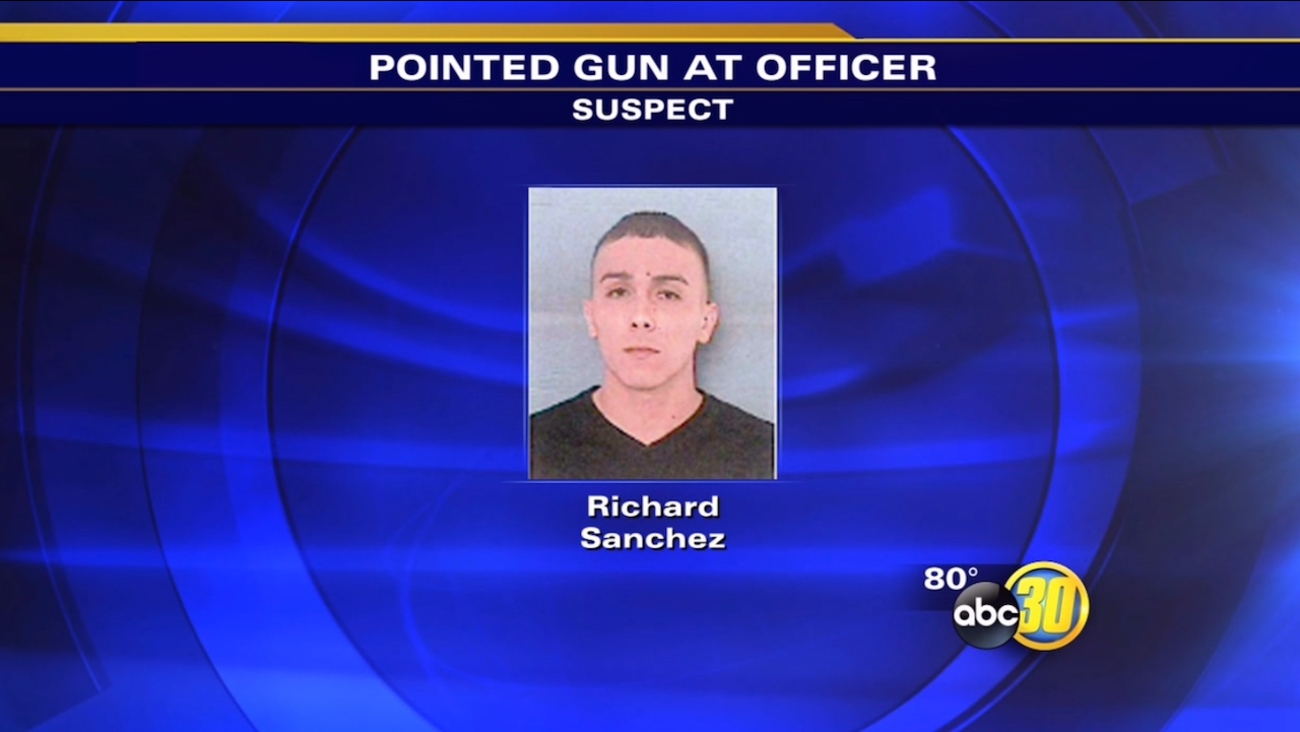 Richard Sanchez, 26, is accused of pointing a gun at a Dinuba police officer.

FRESNO, Calif. (KFSN) -- Dinuba police are searching for a man accused of pointing a gun toward an officer. The suspect has been identified as 26-year-old Richard Sanchez.

Authorities say they went to College Avenue near Academy Way in Dinuba around 2 a.m. Saturday for reports of someone cutting wires on the railroad crossing arms. While they were talking to a possible suspect, Sanchez approached them.

Officers say Sanchez pointed a gun before running back into his home and barricading himself inside. The Tulare County SWAT Team was called out, but he is still at large and should be considered armed and dangerous.

Anyone with information on Sanchez's whereabouts is asked to contact the Dinuba Police Department at (559) 591-5911. 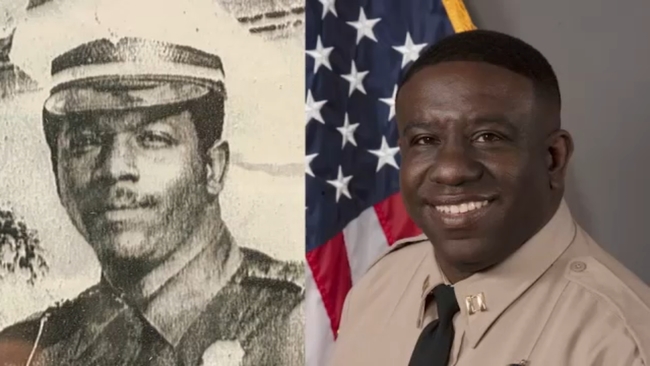