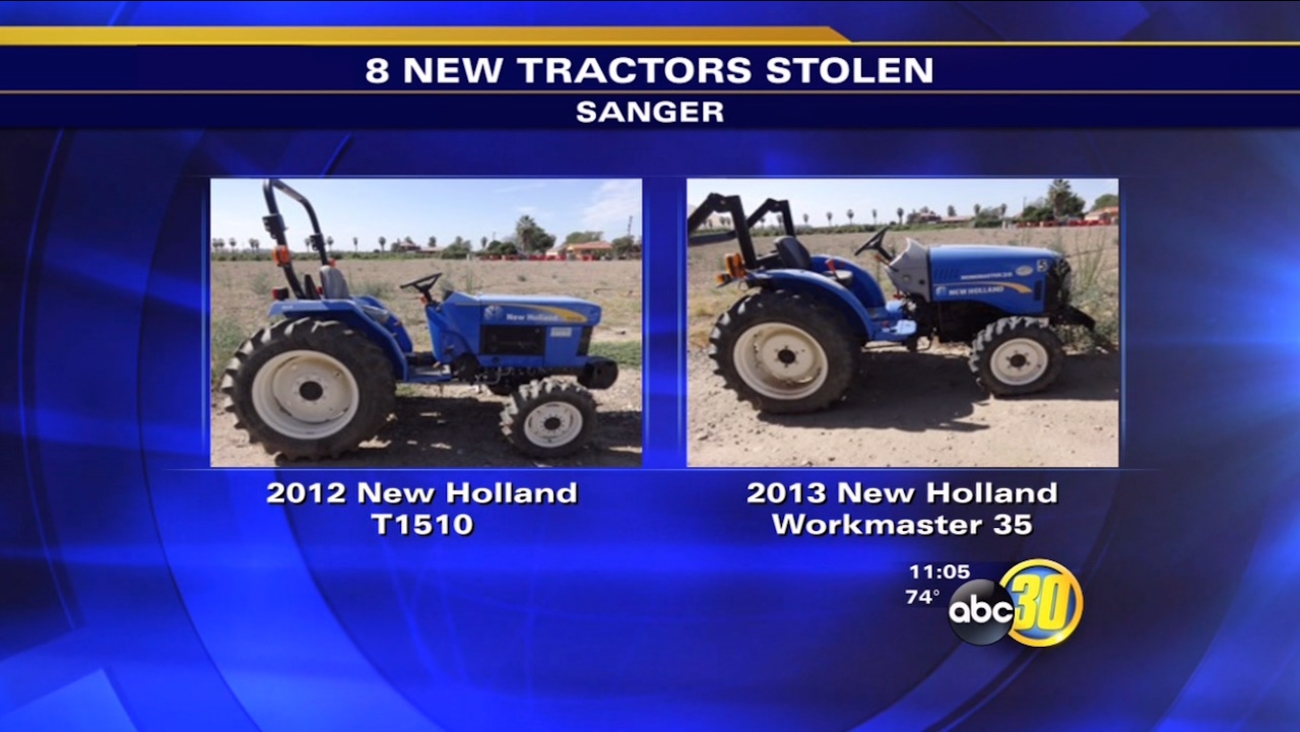 FRESNO, Calif. -- The property owner told investigators the tractors went missing when he was away from his land for a few days.

The Fresno County Sheriff's Ag Crimes Task Force reports eight new tractors, worth $72-thousand, were stolen from a Sanger ranch this week. Investigators believe the thief probably loaded the tractors onto a large trailer in order to take all of them.

The sheriff's office said to be aware of people trying to sell tractors at a price that seems too good to be true.