Police K9 unit involved in a crash in Central Fresno 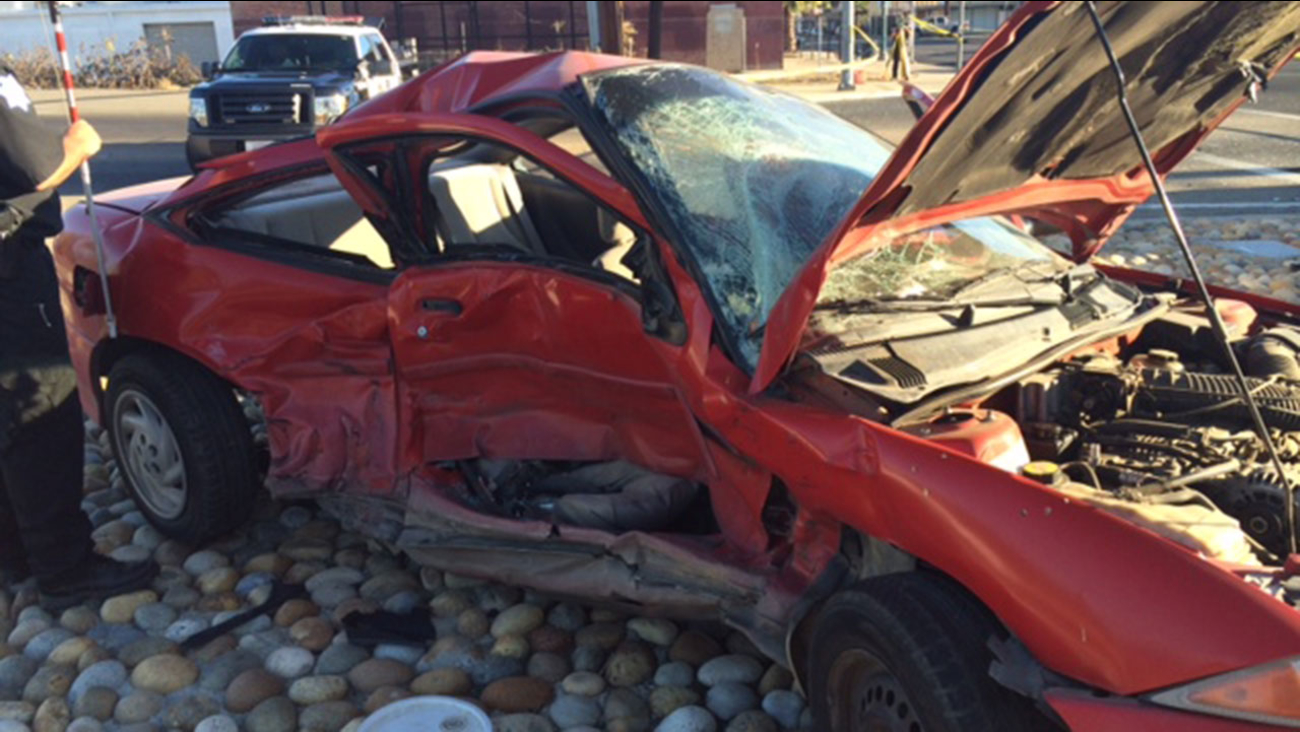 Chevrolet Cavalier that was hit by a Fresno Police K9 unit.

FRESNO, Calif. (KFSN) -- A Fresno Police officer responding to a call was involved in an accident on Fulton Street near Belmont Avenue.

The officer broadsided the woman in the car causing major damage to both vehicles.

The woman driving the car suffered cut to her face and possibly sustained a concussion. She is recovering at Community Regional Medical Center (CRMC).

The officer had lacerations to his head. He was also treated at CMRC, but has since been released. The K9 dog was not injured.