A Look Inside Anti-Vaccine Enclaves 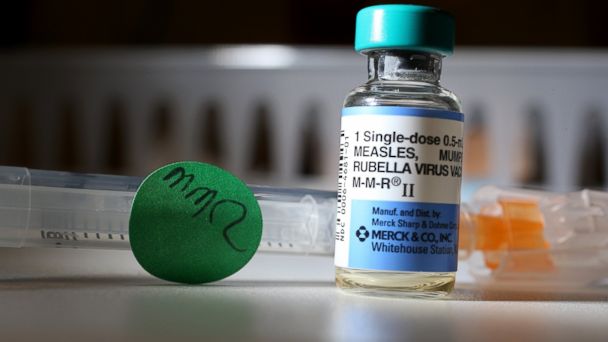 As the measles virus makes a comeback in the United States, there are still pockets of the country where parents aren't vaccinating their children.

North of San Francisco, Marin County is known for its affluent and well-educated population. But the 2010 whooping cough epidemic revealed that this charming community was full of parents who chose not to vaccinate their children. It's where one of the five clusters of unvaccinated children have been identified in northern California, according to a recent study.

Marin County, which was hit hardest by the outbreak, conducted a survey two years ago to better understand what happened.

"The notion of the hard core anti-vaxxer, I think, really doesn't capture the reality," said Dr. Matt Willis, a Marin County public health officer, adding that many parents who were opting out of vaccines for their children weren't skipping all vaccines.

"It's a much more nuanced picture. Many of our parents were picking and choosing between vaccinations depending on what they thought the risk-benefit was on case-by-case basis."

He said many Marin parents got their children the pertussis vaccine after the 2010 outbreak.

About 58 percent of students at Marin County's San Geronimo Valley Elementary School were not fully vaccinated because of personal belief exemptions, according to vaccination data collected in the fall and posted on the California Department of Public Health's website.

San Geronimo principal Laura Shain said parents opt out of all recommended immunizations for various reasons, including fear of adverse reactions to the shot, fear of putting something foreign in their children's bodies and the misinformation that they no longer need to worry about viruses like measles.

But since the start of the school year, Shain said, the personal belief exemptions have fallen to 23 percent. She said the enrollment of two students with weakened immune systems has pushed parents to vaccinate to ensure that their children's classmates are safe.

"The possibility of a measles outbreak here has made it especially threatening to us and scary," Shain said. "We are not lax about [vaccinating]. It is something we encourage."

Amish communities have found homes in Ohio, Pennsylvania and Illinois, to name a few. In some of these communities, they believe that health is a "gift from God" and do not typically accept traditional medicine or vaccines.

But in Knox County Ohio, where Ella Miller lives, people in her Amish community had been vaccinating routinely until a single baby appeared to be changed by a routine shot many years ago, she said. It was enough to steer the Amish community away from immunizations, she added.

"We were really scared," Miller, 38, told ABC News. "A lot of people just red-flagged it."

Then, a group of people from her church went on a mission trip to the Philippines last year where a measles outbreak was ongoing, and they unknowingly brought the virus back with them, she said. At first, doctors didn't know what it was, and by the time they figured it out, it was too late. Miller said when she learned about the outbreak, she looked down at her skin and already had a rash.

"It spread so fast that we couldn't stop it," she said, adding that the measles spread to a larger Amish community in Holmes County, too. "A lot of people in our community probably didn't have shots. It just spread like wildfire."

She said she started feeling like she had the flu, and soon was so nauseous and dehydrated that she just wanted to pull the curtains shut and sit in the dark for a week until it was over.

"It's terrible," Miller said. "Some people ended up in hospital they were so sick. They were hyperventilating. It was awful."

Christian Scientists are another group that tends not to vaccinate for religious reasons. The church teaches healing through prayer, according to the official website Christian Science Church. The site includes testimony from members of the church who say they have ridden themselves of lupus, cancerous tumors and depression through the power of prayer. They say 80,000 healings through prayer have been recorded in the past 130 years.

But in 1994, the Centers for Disease Control and Prevention reported a measles outbreak among Christian Scientists in the Midwest.

Immunization rates do not exist for this specific population, and Christian Science representatives have not responded to ABC News requests for comment.