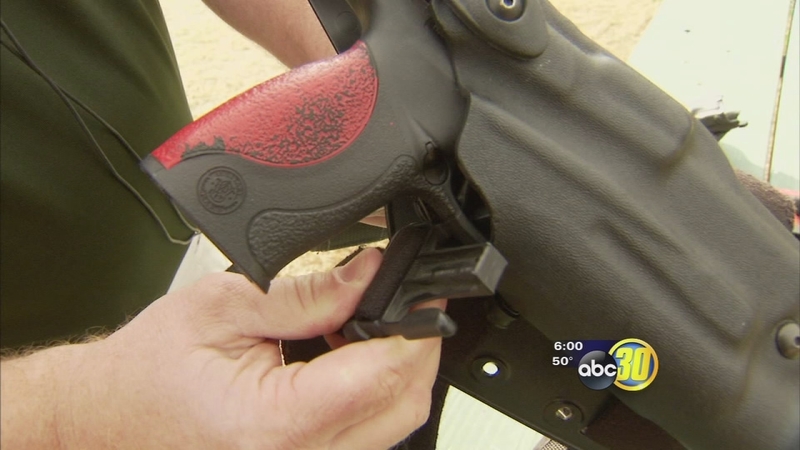 FRESNO, Calif. (KFSN) -- Sheriff's Deputies train not only to be good shots but to handle their weapons safely to avoid accidents. But an unusual accident occurred on November 4th when a deputy, responding to a call, was in a rush to get his holster on and shot himself.

At the Sheriff's Department training center, range master Jeremy Harlow demonstrated what went wrong. As the Deputy kept pulling, his belt buckle pulled the trigger, the gun fired and the bullet pierced the deputies leg below the knee.

One reason the gun fired so easily is that the Sheriff's Department's handguns do not have external safety's.

For example, some guns have an external safety, a little switch on the side that must be pushed to unlock the trigger before the gun can fire. The guns used by the Sheriff's Department will fire by simply squeezing the trigger so deputies can be quicker.

"Every second counts when you are under the gun and a safety is one more thing that could go wrong," said Harlow.

"It does have its downside, it's possible in a purse or something, something could get in the trigger and pull it. But these triggers are not easy to pull."

So for now, deputies will be warned to be careful with their guns, and when putting on their holsters.

"Just visually look down and check where your strap is, because if you are having trouble with it, don't just yank on it," said Harlow.