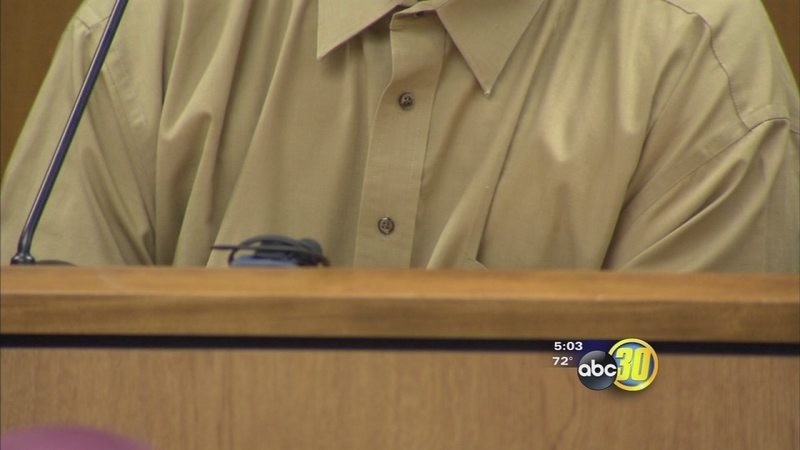 FRESNO, Calif. (KFSN) -- In a plea deal to testify against his once friend, Adrian Aceves described the evening two years ago when he and Jose Canas were confronted by property owner George Salwasser Junior.

"When I looked back, I only saw the person dead there," said Aceves.

Aceves said he was using a tool to remove the rims from the truck when the victim pulled up. He told jurors, he grabbed the jack threw it in the side window of the stolen truck, put his hands up and started walking away from the scene at a fast pace.

Thursday, through a Spanish interpreter, he got emotional when he was shown a picture of the dead victim.

Defense Attorney Ralph Torres spent a considerable amount of time asking Aceves specific questions about where he was when the victim drove up and what he did.

Torres told jurors during opening statements the Aceves is the real gunman.

"When you are at the point where you have your hands up, was Jose Canas still at the rear passenger wheel putting the lug nuts on," said Torres.