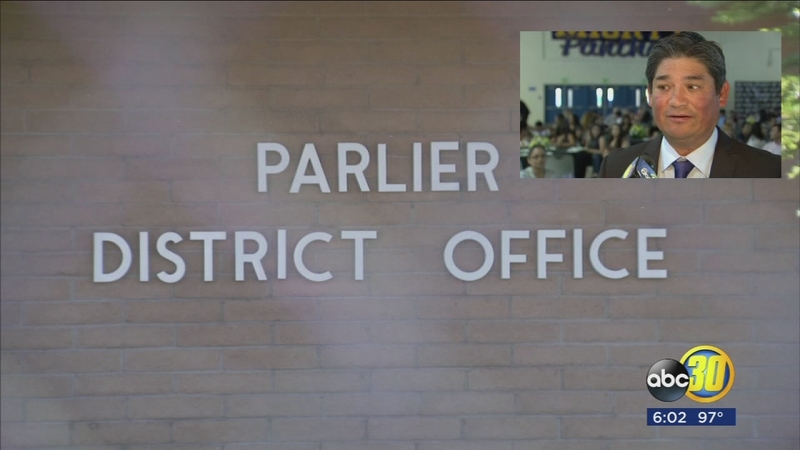 PARLIER, Calif. (KFSN) -- Action News has uncovered documents detailing the alleged misuse of money by a superintendent at Parlier Unified.

Gerardo Alvarez hasn't worked with Parlier schools since 2015, but the dominoes set in motion under his watch are still falling.

A grand jury report found the district misused millions of dollars and new court documents reveal exactly what investigators believe he did.

For example, school district records show Alvarez frequently reported lost receipts and he once claimed a receipt was gone because of a break-in at the district's business office. Investigators couldn't locate any police report to support his claim.

On another occasion, they say Alvarez took a $370 advance to pay for mileage to a conference. But records show he also checked out a rental car to drive to the conference, and the district paid for it.

Investigators also questioned his spending at restaurants, including using general funds money to rack up a $1000-plus bill for a holiday party in 2013, at the Swan Court Conference Center in Selma.

"It appears to be a gross misuse of public funds," said legal analyst Tony Capozzi. "These are funds that could've gone to the school district, to the students, to the teachers, for supplies."

Capozzi says prosecutors need to show Alvarez used the money for personal benefit to prove embezzlement. But proving misappropriation of public funds is easier. He says the sheer spending investigators found could add up to a crime.

"And one of the things they mention is there's just this massive lack of internal control, so does that muddy the water for an investigation like this?" an Action News reporter asked.

"It does," Capozzi said. "And if the internal controls are not there, maybe it's purposely set up that way."

Prosecutors have not yet filed criminal charges against Alvarez or anyone else with the district, but they tell us their investigation is still active.