KFSN
By Nathalie Granda
BALLICO, Calif. (KFSN) -- Hours before the morning bell rang at Ballico Elementary; a 14-year-old was arrested after authorities said he vandalized several classrooms at the school.

Jennifer Pursley said her 5th grade classroom was hit the worst-- hundreds of books were taken from the shelves and destroyed. Glue was also poured all over the tables and chairs, while computers were pushed off the tables.

"Just to come into the classroom and see everything all tore up, it was very devastating."

School administrators also said the intruder broke a window in another classroom.

The Merced County Sheriff's Department said the call came in at about 1:30 Wednesday morning and deputies followed footprints from the scene to a nearby home where they arrested a 14-year-old suspect.

"He told the deputy he was angry at gang activity in the community and was taking out his frustrations in regards to that," said Sgt. Aaron Rosenberg, Merced County Sheriff's Department.

Sarah Cole, a 3rd grade teacher at the school, said she was lucky, and her classroom only had a few items that were knocked over. She said after seeing the damage on other classrooms, she decided to help by creating a wish list of books on Amazon, and then posted it to social media-- that is when she said her post started gaining traction.

Cole said they now have about 250 books were bought off her wish list, and will be donated to the classroom.

"Teachers across the United States were the ones giving at first-- they were like I can't imagine that happening to my class."

School administrators said luckily, the student's learning will not be affected because they use Chromebooks and their curriculum is all online.

School administrators said they are grateful for both the Sheriff's Department and the custodians who cleaned the classrooms throughout the morning.

Deputies said the suspect was released to a parent and they plan to file charges with the Merced County District Attorney's probation department for felony vandalism and burglary.
Related topics:
ballicomerced countybreak invandalism
Copyright © 2020 KFSN-TV. All Rights Reserved.
MERCED COUNTY 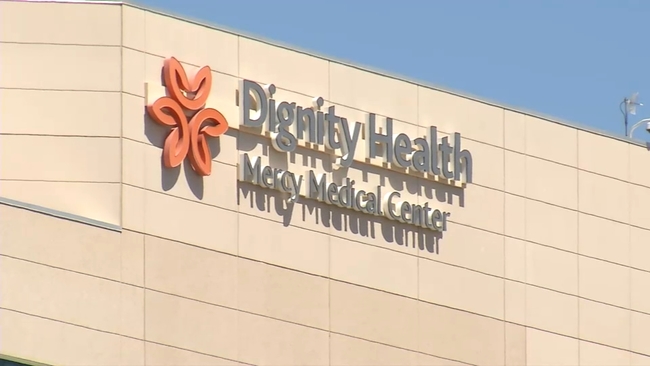 New COVID-19 testing site to be available in Merced County